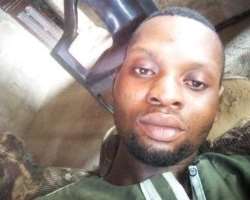 A Higher National Diploma student of Osun State Polytechnic, Irre died on Friday during examination in the school.

The Nigerian Voice learnt that the student, identified as Sheu was said to have slumped in the PLT examination hall around 4:00pm and his colleagues rushed him to the school clinic.

Some students said the personnel at the clinic were not on their duty post. The student was then taken to a private hospital where he eventually died.

As a result the death of Sheu, the campus was engulfed in crisis as angry students set the institution's clinic and ambulance ablaze.

Speaking on the development, the polytechnic’s Public Relations Officer, Mr. Tope Abiola said "Our medical personnel were on duty and they made efforts to resuscitate him. He was later taken to another hospital in the school’s ambulance but we lost him eventually."

Meanwhile, to forestall further breakdown of law and order on campus, the school management ordered the immediate closure of the campus and asked students to vacate the premises.

A statement issued by Abiola said “This is to inform the general public, especially parents and students that Osun State Polytechnic Iree has been closed down indefinitely.

As a result of this, all students are to vacate the school premises with immediate effects".