May 25th: An African Liberation Day 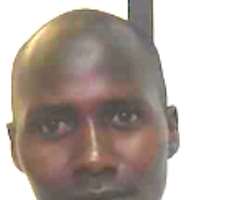 25th of May is stipulated as an African Liberation day for all black Africans worldwide.

It is a day of commemoration for the African people to reflect on their past experiences on how their freedom and independence was achieved and discuss on the way forward for African developments.

The day was carved out after the first Conference of Independent African States, which attracted African leaders and political activists from various African countries in Ghana on April 15, 1958. The meeting was the first pan-African gathering that attracted many African countries to have a sober reflection of their past colonial eras.

The Liberation Day is also celebrated by the black Africans living in Europe and other western African countries like America, France, Britain. Africans on the day display Africanism shows with marches, discussions and meetings to mark the historic celebration.

Professor Ali Muzrui was of the opinion that the colonial masters were the reasons for African technologically backward for broken the chain of African technological pace. Muzrui believed that Africans were robbed of their intellects to served a different purpose of the whites and help in building western world empires.

Walter Rodney in his great book, "How Europe Under-Developed Africa" provided the answers for African underdevelopment on how the western countries turned African countries to market of slavery.

Ngugi Wa-Thiango exerted that the whites adulterated the African cultures, their relations and snatched away their identity including their language of communication. It was for the reason Ngugi jettisoned the English language and turned to be a speaker and writer of his books in his mother tongue language of Gikuyu.

Ahmadu Bello Sardauna the first northern premier of Nigeria testified that Nigeria's independence was not willingly accepted by the whites but was fought and struggled for. The statement of Ahmadu Bello reflected the untiring effort of nationalists like Nnamdi Ezikwe, Fumilayo Ramson Kuti, Chief Obafemi Owolawo, Herbart Macaulay and Tabawa Balewa with whom Nigeria independence on the 1st October, 1960 was successful.

Nigerian independence was an integrated struggle that the three regions of the country fought for. The leaders were for their people and worked earnestly for the freedom of the people.

Nigeria was under colonialism for almost 100 years from 1861 to 1960 though the invasion of the whites into the hinterland of Nigeria began in 1851 were the country was been milked of its potentials. The people of the country were deprived of their cultural values and subjected to the colonial leadership.

Though African countries had their independence and ended colonialism but neocolonialism is seem to be the mother of slavery in which all the control of African nations is set by the western powerful countries.

Africans nations must keep uniting to form its own entity of development as the way out from the western world control. The African countries must develop in science and technology to meet the modern progress of life and design the tools needed for their progress. Africa must not continue to rely on the whites but should chart its own road map to develop its economy and resources as the only panacea to African Liberation.