In the last round of NUC accreditation, Crescent University got 100% --PRO 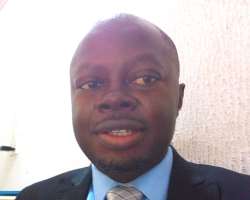 Interview By Crescent Radio
Managing a corporate communication of an academic institution can be demanding especially in the era of digital audience, the Crescent University, Abeokuta Public Relations Officer, Mr. Idris Katib shared his thoughts as regards the institution and beyond, in an exclusive interview with Crescent Radio.Excerpts:

Public Relations preaches Proactiveness, how do you react to this? And how have you been able to achieve this for the institution?

First of all, talking about Public Relations, it is a profession that bothers about reputation management. That’s reputation management of brands, products and organisations. Public Relations emphasises being proactive. That is why the practitioners of the profession see things ahead. They envision what to happen to their brands, products or organisations and they plan ahead regarding it.

On our part at Crescent University Abeokuta, we are always proactive in the activities of our students and programmes of the University. We are proactive in our academic activities. Thank God over the years, the university did not have any major crisis especially regarding our students because the university tries as much as possible to interface directly with the students and all students have access to their heads of department; they have access to the dean students’ affairs, and also to the registrar and vice chancellor to make their complaints or observations on anything regarding the university. So, we have been so proactive in this regards. We never neglect reactions or feedback from our internal and external publics.

Threats to the institution and how are they managed.

Another challenge the university has witnessed in recent times, although not peculiar to our university is fake admission publicity especially online. Certain unscrupulous elements would go online, create fake website and announce the university’s undergraduate and postgraduate admissions. When that came to our notice, we did the needful by conscientiously informing the parents and prospective students not to fall victims of this “dupes” because what they do is to create their own telephone lines whereby prospects can call them; they give fake university account numbers where prospective candidates can pay in. A lot of work has been done in that context by the university through disclaimers published in major newspapers as well as online platforms.

So, we continuously and consistently inform our target candidates and general public to always have a way of identifying our original website, and at worst, visit the Crescent University campus for the purposes of admission. Every organisation, product, brand, has its own challenging periods. So, that has constituted our challenging period and we have always surmounted them.

Platform by which parents/guardians reach out to the university.

The university has Crescent University Parents’ Forum (CUPAF) which is a platform that gives room to both university community and the parents to discuss issues of mutual interest. The CUPAF has contributed positively to the university development. You will see the university clinic building, the X-Ray section was donated by Alhaji Fatai Olukoga, the former chairman of the forum.

Also, you will see another tower towards the university stadium; it was built by the parents’ forum and several other partnership project such as CUPAF cafeteria donated by parents. The chairmen of Crescent University parents forum from time to time meet with the university management; and the university usually gives listening attention to members. There are other platforms such as during the visit of candidates and parents to campus for admission screening. Parents often come and ask questions about the university and the welfare of their wards. So, the university has always had good mutual relationship with the parents.

The conceptualisation and outlook of the university projects being an Islamic university.

Every organisation has its root. The university has a parent-body through which the license was obtained from National Universities Commission. That parent body is called Islamic Mission for Africa (IMA). The university started from there around fifteen years ago.That was where the academic brief was developed whereby scholars, professionals and other stakeholders were converged for a meeting that led to the actual take-off of the university after the granting of the license by the NUC.

In the same vein, there are many students who are non-Muslims. Last year, the best graduating student at the convocation was not a Muslim. It is a matter of performance.So, the vision and mission of the proprietor and founder, His Excellency, Prince Bola Ajibola is to bridge the gap of religion and ethnicity. The mission and vision of the university is to breed future leaders; also, to breed global citizens who would have good character and good academic uprightness.

Alarming rate of half-baked graduates in the country, how does the university plan to curb this?

Well, students’ performance all over the world depends on the kind of training they received and the kind of institutions they have attended. Just like it was published in today’s newspaper, The Nation, there is this article written by a professor from the University of Ibadan titled: Endangered University System. The chronicle, the challenges, the Nigeria Universities are facing currently. He talked about the half-baked graduates that you are referring to. He also talked about proliferation of private universities. (The Nation, 7th May, 2019).

To answer all these questions, Crescent University Abeokuta has satisfied all the three categories. The University is fifteen years old and still counting, and the it has produced products who had our First Class here and went abroad to do their Master's and also had distinctions. Just to name names, there is Rofiat Gawat who finished here with First Class and went to Robert Gordon University to have distinction. We have another one, Rofiat Alli who finished from Accounting with First Class. She went to a university in UK to study Forensic Accounting, M,Sc. She came out with distinction too. We also have Adedeji Ajayi , he did our B.Sc and M.Sc here, currently, he is a senior journalist with British Broadcasting Corporation, BBC. We can continue to name names of our products who have been good ambassadors of the university after graduating from here. We have so many of our products in the industries, auditing firms, oil and gas companies, media world, telecommunication such as MTN, Etisalat etc. They are getting employment because employers’ reports show that our products are doing excellently well while so many of them have started their own entrepreneurship and employing others. Therefore, it is important to emphasise once again that, the products of Crescent University Abeokuta cannot be in the same category with what is referred to half-baked or quarter-baked graduates whatsoever.

More importantly, I must also comment on the so-called university ranking. The university ranking has been erroneously construed to be a one-size-fits-all thing because it is laughable to juxtapose a fifty-year-old university side by side with a ten year old university for the same ranking. That is why the NUC which is the regulating body of the Nigerian universities has come-up with the model of ranking the Nigerian universities based on their accreditation scores. Crescent university's last round of accreditation revealed that the university got hot 100% in the result of the accreditation. The department of Mass Communication took the lead with 93.5%, followed by Micro-biology 91.5% and so on. The NUC having realised that most of the so called rankings are superficial; they are not real. So, it came up with the model that scores by each departments of universities in Nigeria would be used for the ranking and that have been circulated to all universities in Nigeria. This implies that, each university can do the average because you have the score and a template has been sent to the university. So, when the first ranking by NUC comes out, a lot of people would be amazed. What they would see, would be different from the usual expectation..

Medium your university uses to measure success of its products in corporate and academic world.

Yes, we have. First of all, some of our heads of departments have been tracking some of our alumni after graduation. We know where most of them are doing their post graduate degrees; we know where some of them are working; because we keep in touch with them. Also, we have the Alumni Relations Officer who meets with alumni association from time to time to get development on our product. So, we monitor them and we know where they are.

How the university interfaces with the members of the community to achieve peaceful co-existence.

Talking about corporate social responsibility and community relations, Crescent University Abeokuta is not doing badly. The university has instituted Bola Ajibola Scholarship and some of the neighbours to the university have been beneficiaries of this. The scholarship has been in existence for years; mostly for indigent students.

Again, there is Bola Ajibola Awards. There is a committee that is charged with suggestions, selection and screening of deserving recipients of that awards-people whom the university deems fit for recognition. The university does that every year; we have done that for two years now where people who we think have made some achievements in the community and not celebrated are selected and recognized by the institution at the Founder’s Day. The Founder’s Day comes ups every March 22nd. In terms of security, the university has good cordial relationship with neighbouring communities in ensuring that there is peace and security within this area.