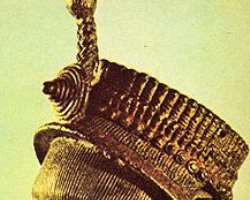 The Central Council Of Yoruba Youths (CCYY) has described the Yoruba Youth Forum, YYF as a faceless group.

come out to defend ex-President Olusegun Obasanjo’s divisive statement, saying that it is supported of our ex-President bigotry.”

The statement signed by its Chairman, Oyinlola Adekanbi and Secretary, Adesoji Ifajobi accused YYF of embarking on a different path and agenda that doesn’t reflect the interest of Yoruba Youths in anyway. This YYF headed by one Oluwasegun Abiodun Bolarinwa is one of such groups put in place by some people to fan embers of disunity in

Yorubaland and Nigeria in general.
It added: “CCYY, is an umbrella body of about 50 Yoruba youth organisations. We are using this medium to alert members of the public of a faceless group known as Yoruba Youth Forum, YYF. This nebulous group is formed to implement the agendas of some unpatriotic Nigerians and we are exposing them for who they are. YYF’s recent reaction and support of ex-President Olusegun Obasanjo is an indication and a pointer to the group’s selfish agenda.”

“We declare clearly, unambiguously and unequivocally that no genuine Yoruba organisation would issue such a statement looking at what is going on in Nigeria today.” Speaking further, CCYY stated that: “Although this YYF, an amorphous group does not deserve to be given any serious attention, there is need to put the records straight in view of the fact many media houses published its bias statement which supported Mr Obasanjo.”