I Remain Imo Deputy Governor Till May 29 – Madumere 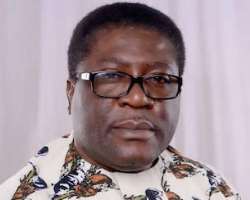 The Deputy Governor of Imo State, Prince Eze Madumere, has called on the general public to disregard and discountenance the mischievous piece of information published in one of the local tabloids titled: “Imo Assembly Plots Official Reinstatement of Eze Madumere as Deputy Governor”, describing it as misleading and mere rhetoric.

Imo Deputy Governor’s call was contained in a Press Statement signed by his Special Adviser on Media, Uche Onwuchekwa.

The statement further clarified that the purported impeachment, which some members of the House of Assembly participated in, was nullified by Imo State High Court presided by Justice Benjamin Iheka on September 25, 2018 for not following due process, thereby rendering the purported exercise as illegality.

The statement therefore described the alleged statement of Imo State House of Assembly as suspicious and a seeming foundation for scam, wondering with doubt if actually Imo parliament ever engaged in such exercise.