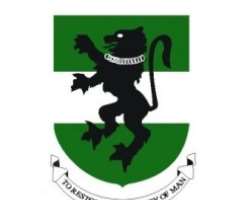 The Coalition for Quality Education Sustainability and Leadership has urged five-man selection committee of the Governing Council, University of Nigeria, Nsukka (UNN) to save the institution from further becoming comatose by ensuring that the best candidate emerges as the Vice-Chancellor of the prestigious institution.

Also, the coalition cautioned the committee to note that some of the candidates have unresolved allegations of fraud against them at the Economic and Financial Crimes Commission (EFCC), “and such individuals must not be given another opportunity to access public funds until their matter at the EFCC are resolved just as the National Association of Nigerian Students (NANS) had recently called on anti-graft agencies to commence investigation of another contestant from Michael Okpara University of Agriculture, Umudike, over alleged maladministration.”

In a statement issued in Abuja on Sunday and signed by it national coordinator, Comrade James Ezema, the coalition also noted that it is “aware that some highly placed individuals are pressuring the committee to select a particular candidate, who is a current member of the outgoing management team.

“It is our believe that the committee is made up of eminent personalities who understand the importance of quality education at a time Nigerian universities are struggling to be numbered among the best in the world and must not allow failed leadership of the institution to deceive it into arriving at an “anointed candidate”.

“Beyond the fact that just last week, an Anambra State indigene was named the Vice-Chancellor of Nnamdi Azikiwe University Awka, and the fact that the outgoing VC of UNN is from the same Anambra State, while an anointed candidate being put forward by the outgoing management team of UNN is also from Anambra, it will be improper for two people from the same state to be Vice-Chancellor of UNN and UNIZIK at the same period.

“More so, it will be absurd for a member of the outgoing, but failed, management team to be named VC of the institution if UNN must survive.

“The committee realise that appointing a man who lacks the capacity and worldview to shoulder the administrative and academic responsibility in a premier university like UNN at this critical time will mean a death sentence on quality education and leadership in the university.

“Therefore, in line with the founding fathers’ dreams, the outgoing management team has not lived up to general expectations and it will be detrimental to quality leadership and academic excellence to extend the tenure of the current team by choosing one of them as the VC. This will be futile and anti-progress in the university.

“We are aware that the current management team of UNN has severally misled the governing council of the university until recently when the verification of his achievements proved that he had maintained a bogus posture in his feats.

“It is also in the public domain that one of the 15 contestants shortlisted for the UNN job has unresolved fraud related case with the Economic and Financial Crimes Commission (EFCC). The committee must also note that one of the contestants left several uncompleted projects as VC of Enugu State University of Science and Technology (ESUT), and never attracted any meaningful international collaboration to the institution.

“We strongly advise that the Selection Committee must look beyond patronage by some individuals within the institution by towing the path of a complete departure from the old older, by ensuring that a new blood is injected into the university system for it to be able to truly restore the dignity of man as the institution’s motto states”, the coalition stated.