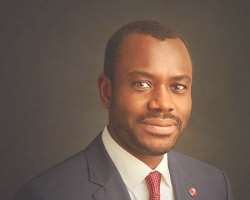 Sterling Bank may be generating sufficient revenue in its operations to make its shareholders smile but this is not translating into profitability and income for the shareholders. This is because costs of operations have been rising with consequent negative impact on income generally. The bank’s challenges are aggravated by the dominance of some few banks which control more than 75 percent of the market, leaving the smaller banks with little elbow room to maneuver. Analysis of Sterling bank financials showed that the bank is battling with three evils at best.

They are cost efficiency, effectiveness and the macro-economic factors, which experts say should be addressed for the rebirth of a successful venture. The result shows that Sterling bank finds it challenging to convert the amount raked in as revenue to profit. Operating cost is fast rising and there are signs that it has breached certain regulatory benchmark.

In the financial year 2018, Sterling Bank Plc inefficiently converted just 6.24% of its gross earnings to pretax profit – showing high cash burn rate. What that means is that; for every N100 gross sales, the bank pretax profit was N6.24. The number indicates that more than N93 per every N100 was shared as interest expense on funds obtained booked as impairment charge or expense to maintain its operational activities. The review of the bank performance indicates that without a N7.5 billion reduction in impairment charge the bank profit would have slipped significantly.

In its first quarter of 2019 results, Sterling Bank Plc clipped an 8.23% decline in gross earnings but profit before tax rose by 3.09%. Unfortunately, interest earnings assets dropped year on year just as the bank reported a whooping decline in net trading income. In the period, net trading income tapered by 84.07% compare with corresponding quarter in 2018. This warning signal is coming early to give management insight as to what to expect in the financial year 2019 economic environment.

Improved performance in commission and fees earned reflects the income statement. In the first quarter of 2019, fees and commission income increased by 29.44% from N3.634 billion to N4.704 billion. And interest expenses went down in the first quarter of 2019. Also, the bank booked N843 million as impairment charge, 32.78% lower to the amount paid as impairment charge in the corresponding quarter in 2018.

Personnel cost which accounts for significant chunk of the bank’s operating expenses rose by 10.72%, at the time when average inflation rate is dropping. Over all, operating income remains within range, up marginally to N20.629 billion from N20.347 billion in comparable quarter in 2018.

Apart from the ballooned personnel expenses, other operating expenses on record rose 17.51% but a slight reduction in general and administrative expenses was a plus, though with a negligible effect. In just three months, Sterling Bank Plc has expended N16.513 billion on operations while it declared N3.273 billion as pretax profit.

From Year to date, the bank total assets were carried at N1.133 trillion as against N1.102 trillion at the beginning of the year.

Sterling Bank Plc has had an uneasy past and the Chief Executive Officer, Suleiman Abubakar is leading with some innovative and perhaps disruptive moves to garner attention. Total deposits closed the financial year 2018 at N760 billion, but significant part of the amount was converted to interest earnings assets – loans to deposit ratio remains very high. Sterling Bank has an option: reduce loan exposure or ramp up deposit from its customers. The first is a lot easier to do than the latter given the market cluster.

In terms of lending, the bank Sterling bank prime rate was 21% with the maximum capped at 30%. This makes a good bet compare with some banks who charged more on credit related deals. But the bank loanable funds remain low. With funding cost at 7.4% when the bank has to compete with some Tier 1 capital that are leveraging on economy of scale – lower funding cost often comes from negotiation with highly rated clients.

By rational deduction, when big balance sheet banks crowd out smaller banks in deals and funding, smaller banks are left with few options that they would have to share at the lower end of the market. In 2018, the top banks took more than 75% of the market share. Average gross earnings in the tier 1 class closed the year at N572 billion, while average profit after tax was about N119 billion.

“To strengthen the bottom line, the management key focus should be on these three key areas where the bank is losing competitive advantage. High cost of funds means the need for aggressive push to pull some weight in the retail end by offering customers something worthwhile. Many small size banks have similar financial products and service with Tier 1 capital banks, that’s not a sell strategy”, Babajide Famodun, a strategy consultant told BusinessHallmark.

Analysts attributed increasing non-performing loans in the banking sector to poor lending policies. Also taken into consideration was over concentration of loan assets in oil and gas sector and other high risk/yield segments of the economy.

When all other revenue generation tightens, as was the case with some banks who have lower financial muscles to play around, either by lending more or by taking position in the fixed interest market to augment performance, they have to determine between two options: to follow the code or break it. Strategy, especially in the banking sector is opportunism in nature.

At a deposit to loans ratio above 80% set by the Central Bank of Nigeria as benchmark, financial year 2018 results show that Sterling Bank has exhausted its capacity to book more loans – though, its proportion of deposits that were given out as loans and advances to customer reached all-time high in 2017 at 93.3%.

What this mean is that, significant portion of deposits – more than 87% in this case – were converted to interest earnings assets. A look at the number shows that loans and advances closed financial year 2018 at N664. 6 billion at the time when the total deposits in the bank was N760.6 billion. At that level, the bank has gag itself and could lose breathe. Possibility is that; there would be liquidity pressure ahead.

The good thing in the bank’s performance is that its interest earnings assets yielded more in 2018 as against what the bank achieved in 2017. Going by the numbers, interest income expanded 13.5% to N125.2 billion compare with N110.3 billion in the corresponding year.

“This is what you have when the CBN’s cash reserve ratio locked down as much as 22.5% of deposits available to banks. This has reduced loanable funds and smaller banks cost of obtaining funds is high”, an analyst said.

For Sterling bank cost of funds is more than two times of the rate paid by the Tier 1 class. In 2018, Sterling Bank Plc obtained funds at 7.4% and pressure from high cost to income ratio was discouraging. The bank’s cost to income ratio was 87.4% in 2018 as against 72.2% in 2017. What that means is that, for every N100 income generated from the bank’s operations, N87.40 was expended in the chain.

On the cost of obtaining funds, the bank’s operating expenses rose at a faster rate compare with increase in income from its portfolio of interest earnings assets. From N60.1 billion in 2017, interest expenses surged to N69.9 billion in 2018, at the growth rate of 16.2%.

While the interest income rose at 13.5%, but loans and advances increased by 2.4% that would mean the bulk of the increase in interest earnings assets came from somewhere. By industry strategic deductions, Sterling Bank raise stake in investment in securities in 2018.

That was what banks did – they cut loans booking and expanded the amount they have in fixed interest securities. They call it their safety net, though yield has started plummeting but few would really mind, some analysts think.

Sterling booked N5.8 billion as its credit impairment charges for 2018, it had booked as much as N12.3 billion in 2017. The declined amount booked in the financial year 2018 contributed to improve profit before tax obligations of the bank.

Managing operating expenses was challenging. The bank operational expenses surged massively, more than double the rate of inflation in 2018. OPEX grew by 26.4% from N53 billion to N67 billion in 2018. For a bank that recorded N152.2 billion in gross earnings; then translated just 6% to profit encumbered by tax obligations, there is need to be worried about it competitive footing in the sector.

The chart shows that while gross earnings continue to rise per annum in the last five years, profit before tax stayed within a N6.02 billion and N11.02 billion range.

Again, the gap is explained by rising cost associated with the bank’s operation in terms of how much the management was able to access funds, the amount expended in operations in terms of maintenance and personnel expenses as well as impairment charges it booked per annum.