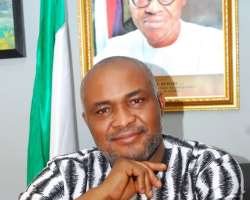 Stephen Hawking’s epochal book titled ‘Brief Answers to the big questions,” which was published sometimes last year post-humously, remains one of the finest works of scholarship in the twenty first century. Daily Telegraph describes the book as follows: “A beautiful little book by a brilliant mind". The Guardian of Great Britain says of the book thus: "A rare genius". Pope Francis the Pontiff of the Catholic Church Worldwide with well over 2 billion memberships has very beautiful words for Stephen Hawking who reportedly died an atheist.

Against these backdrops of these adorable things said about the man and his books, anyone who desires cogent and verifiable answers to the twists and turns of the cosmology and the times spent on Earth by humanity will invariably turn to all of his books to quench the thirst going by the fact that his works represent a veritable fountain of knowledge.

What also marks him out from others is his simplicity of writing style to an extent that he presents science to appear so simple to the scientifically unlearned minds.

This was precisely the motivating factor that compelled me to go looking for it last month when I went on vacation to the United Kingdom.

Actually, my search for this book took off from Abuja in the early part of the year when I was made aware of its publication through a piece published in one of the British tabloids.

In this book, the foremost British physicist and academic professor and a reputable cosmologist answered some fundamental questions around the issues of the existence of humanity vis-à-vis the cosmology.

A fascinating aspect of the question remains his interrogatory on “will we survive on Earth?”

This question posed by Professor Stephen Hawking of the blessed memory is the foundation upon which I have set out to provide brief answer to a big question about us in the geo-political entity known as Nigeria and particularly to attempt to briefly answer whether we can survive in Nigeria in the midst of the terrible security challenges.

Peeping briefly at the chapter of this phenomenal book by this British and indeed world’s renowned physicist, in which he answered the question whether we can survive on the planet earth, tells me that his question arose from the potency of the advances in the sciences of weapons’ development with specific reference to the nuclear weapons.

He was of the view that with the sophisticated nature of nuclear weapons in the armaments built by certain nations, if such nation’s by accident of politics elects a president who is careless, the end of the world would be near.

He specifically expressed anxiety about the election of President Donald Trump And affirmed his skepticism that should Trump not moderate his unpredictability and rule like a statesman with a global outlook then the end of the World may be near.

Hear him: “It is without doubt the case that our world is more politically unstable than at any time in my memory. Large numbers of people feel left behind both economically and socially. As a result, they are turning to populist – or at least popular – politicians who have limited experience of government and whose ability to take calm decisions in a crisis has yet to be tested. So that would imply that a Doomsday Clock should be moved closer to a critical point, as the prospect of careless or malicious forces precipitating Armageddon grows.”

Hawking stated that: “The Earth is under threat from so many areas that it is difficult for me to be positive. The threats are too big and numerous.”

His words: “First, the Earth is becoming too small for us. Our physical resources are being drained at an alarming rate. We have presented our planet with the disastrous gift of climate change. Rising temperatures, reduction of the polar ice caps, deforestation, over-population, disease, war, famine, lack of water and decimation of animal species; these are all solvable but so far have not been solved.”

As Stephen Hawking finished writing and just before he moved on to the World beyond, President Trump did two things to remind us all that Professor Stephen Hawking is like Nostradamus who saw tomorrow.

Trump took the USA out of some Nuclear weapons development treaties signed many years back with Russia and repudiated the Paris Climate change treaty.

This chapter reflects perfectly also about some politically unwise decision in Nigeria which threatens our corporate existence.

John Jacque Rousseau stated that society could be shaped by its political institutions. He said that in theory, there is no limit to the ability of political action to reshape society for the better.

So with this awareness of the correlations between politics and good governance as affirmed by Jean Jacque Rousseau, I took like three hours last night processing the import of this chapter of the book by Stephen Hawking and upon reflection on the monumental security challenges tearing Nigeria apart and the apparent inability of the President Muhammadu Buhari’s administration to check the widening spectre of violence spiraling out of control, reinforces the question of whether we can survive in Nigeria.

The present day security issues in Nigeria started from some forms of confrontations between armed security forces with the Islamic fundamentalists known as boko haram sometimes in Maiduguri, in the north east of Nigeria.

The fight in the north east catapulted to a full fledge war on terror just as the dimensions of the attacks by members of this terrorists network which speedily expanded all across the West African sub-region means that the war assumed not just a regional dimension but it has attracted the attention of super-powers such as France, United Kingdom and United States of America which as it were are said to be providing technical and funding assistance to an amalgamation of armed security forces drawn up from Cameroon, Chad and Niger Republic alongside Nigeria to confront boko haram terrorists.

Also by some global estimates, boko haram is rated as the third most deadly terror networks in the world.

Besides the ugly development of the merger of boko haram with Islamic state of Iraq and Syria, the security threats facing Nigeria have become multifaceted.

However, the worrying development is that the government has consistently pampered one of the three major security traitors threatening the corporate existence of Nigeria and this group is the armed Fulani insurgents who are handled with kid gloves for the suspected reason that they share same ethno-religious affiliation with the current president and over ninety five percent of members of the lopsided national security team of Buhari.

The big question to ask again is Can Nigeria survive these security threats when the government tolerates the activities of the armed Fulani herdsmen and has entered into negotiations to buy them off?

This question has become critical because of the fact that in a bizarre twist, the Federal Government has thrown a huge carrot at the Miyetti Allah Cattle Breeders Association of Nigeria, MACBAN, by offering it N100 billion over two years to stop kidnapping in the country.

The Federal Government delegation reportedly was led by the Minister of Interior, Abdul-Rahman Dambazau, and met with MACBAN leaders last Friday.

News media reports that it was a closed door meeting which lasted for over five hours as monetary negotiations according to a source dragged on until N100 billion was accepted.

It was discovered that MACBAN had said it would take nothing less than N160 billion.

But briefing news men after the meeting the Minister said, the “gathering is part of steps we have taken to tackle insecurity and clashes between herdsmen and farmers.”

“You should not forget the fact that we have extended the meeting as a regional one when the Economic Community of West African Countries hosted a conference on this.

“These issues were discussed, and part of the dialogue was to provide a national action plan on security challenges and solutions by all members of the ECOWAS commission, and to present it to the commission for consideration.

“That is the main reason we have come to Kebbi State, to dialogue with leaders of herdsmen as part of the process,’’ Danbazzau said.

Herdsmen have been on rampage since 2015 at the ascension of Mr. Muhammadu Buhari as Nigeria’s President pillaging, sacking, rapping and kidnapping for ransom which always lead to deaths.

Recall as it were that the ugly record of kidnapping has made major national roads especially in the North West impassable.

Specifically, it is notorious knowledge that the Abuja/Kaduna road is one major road that has been affected.

Daily, reports emerge that the armed fulani herdsmen also attacked and killed many people in villages and farms in Benue,

In truth, the violence and killings associated with the Fulani herdsmen led to the group designation as the fourth most dangerous and deadly terrorist group in the world by the World Terrorist Index.

To make matters worse, at the meeting was the Acting Inspector General of Police, Alhaji Muhammad Adamu, who few days ago gave a grim picture of the havoc being wrecked on Nigerians by the herdsmen.

While noting that over one thousand people had been killed and a lot more kidnapped in Kaduna, the overwhelmed IGP in Bernin Kebbi stated that, “The criminals have infiltrated the crisis, and we should cooperate and deal decisively with the culprits, hence we called for this interaction."

“Those criminals that are beyond redemption, will be dealt with and brought to book,” Adamu said.

On his position, the State Governor, Atiku Bagudu, reportedly said hosting the meeting in his state “shows the seriousness of President Muhammadu Buhari’s administration in tackling the security challenges in the country.”

Responding, the President of MACBAN, Alhaji Muhammad Kiruwa, said, “This is the first of its kind in the history of this country, for the president to direct his security aides to interact with an aggrieved party to air its views.

“This meeting will serve as a foundation for peace between the Fulani herdsmen and farmers; and among the Fulani’s themselves,” Kiruwa said.

News Agency of Nigeria noted that other members of the Federal Government delegation at the meeting include: Alh. Yusuf Bichi, Director-General (D-G) Department of State Security Services, Alh Ahmed Rufa’I, D-G, National Intelligence Agency; among others.

The big question begging for a brief answer is why negotiate with mass murderers in flagrant violation of the constitution and all the relevant laws against terrorism, banditry and crimes against humanity?

Is Nigeria a failed state and why is the national security team dominated by persons of same Ethnicity and religion as against the federal character principle of the Country enshrined in the Constitution which is supreme and binding on all authorities and persons?