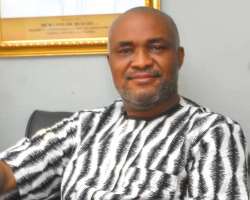 The Nigerian police force has of late consistently maintained the front burners of public discourse for all the wrong reasons ranging from the collapse of law and order in some sections of Nigeria due to absence of effective and efficient policing mechanisms and the notorious knowledge that bribery and corruption have eroded the integrity of the nation’s policing institutions.

The just ended election in Kano state provided us the opportunity to note that there is indeed a serving police commissioner who could against all odds insists that the right things be done as they should.

The police commissioner in Kano resisted all attempts by politicians to corruptly enrich him and to compromise the integrity of the electoral process. He arrested the serving deputy governor for disrupting collation of results.

Whereas the Abia state police commissioner specifically called out the bulk of the police operatives serving in Aba metropolis for their penchant for the criminality of corruption and bribery, the Kwara state police chief was also down to earth when he made a deeply profound and philosophical statement which goes to equate road blocks mounted by armed police for the purpose of extorting members of the driving public to armed robberies. Extortion by armed police targeting members of the public is pure armed robbery.

The gentleman who now heads the Kwara state police command made a valid legal comparison between armed police extortionists and armed robbers even as he threatens to institute criminal proceedings of armed robbery in the competent courts of law against serving police operatives caught extorting money from road users whilst bearing arms and ammunitions.

A particular civil rights body with the head office in South East of Nigeria has even gone a step further to conduct scientific research on these illegal road blocks by police in the south east which are basically meant for extortion of road users. Again, the cases of extra judicial killings by police of Nigerian citizens mostly occur during altercations relating to bribes. Now hear the boss of the Kwara state police command.

The Kwara State Police Commissioner, Kayode Egbetokun, said any police officer on the highway found engaging in any form of extortion while bearing firearms “completes the ingredients of the offence of armed robbery.”

He said such officers would be arrested, detained, tried and dismissed from the service if found guilty.

Egbetokun, who stated this in Ilorin while addressing senior police officers in the state, criticized patrol officers who were allegedly found to be indulging in such act while performing their duties on the highways in the state.

He was speaking against the backdrop of the reported cases of police extortion on highways through searching personal belongings of motorists, especially mobile phones.

He said, “Although they have the responsibility to conduct stop and search, but it is unethical to seize and start searching anybody’s mobile phones on the roads.

“The practice of searching the mobile phones of an individual on the road for evidence of internet fraud amounts to conducting roadside investigation.”

He said such attitude had become a criminal offence if it ended in extortion or was done with the intent to extort.

The statement made by the Abia state police commissioner is tangential and or consequential to all of these issues that are interconnected with the specifics of armed robbery vis-à-vis police extortion of citizens.

Mr. Ene Okon warned police operatives in Abia state to desist from unwanted activities, stressing that the number of officers involved in crime in Aba the commercial hub of the state, was alarming.

These are critical issues that should not be swept under the carpets of national amnesia and collective lack of follow up.

Nigerians must resolve to tackle these challenges headlong.

Armed robbery is one of the most disturbing crimes that contributes to violence and death and therefore whatever steps that should be adopted to stem the tide must be meticulously, methodically and consistently applied, re-applied, reviewed and reinforced so we can collectively sanitize the society of the unprecedented waves of violent crimes. This is the time to do this.

This writer totally endorses the position advanced by the Kwara state police commissioner regarding the nexus between armed robbery and police extortion of citizens.

Going through decided cases and valid authorities made by the supreme court of Nigeria, it has become clear that the ingredients of armed robberies are same as police extortion whilst carrying weapons.

"It is well settled law, that in order to prove the offence of robbery, contrary to Section 1(2) (b) of the Robbery and Firearms (Special Provisions) Act, Cap 38 Laws of the Federation of Nigeria 1990 (as amended) the prosecution is duty bound to prove the following ingredients of the offence namely:-

(a) That there was a robbery or series of robberies.

(b) That the robber or any of the robbers was armed with offensive weapon.

(c) That the accused person or persons was/were the ones responsible of committing the offence.

It must be emphasized here, that where slightest doubt exists as to the guilt of the accused, the Court must give the accused the benefit of doubt.

It must however be stated here that proof of guilt of an accused person by the prosecution must be done in any of the under listed methods or ways:

(i) Through a voluntary confessional statement of the accused person; and/or

(ii) Through direct credible and reliable eye- witness or victims of the offence account depending on the circumstance of the offence or offences; and/or

(iii) Through circumstantial evidence pointing or focusing on the guilt of the accused person that he was the one or one of the persons who committed the offence or offences charged and by no other person(s) but him.

The national assembly must make a supporting legislation to create the national crime data bank so all the names of convicted criminals are entered and can be accessed seamlessly.

The police authorities and the Attorney generals of the 36 states must wake up and begin to embark on the prosecution of all police operatives who are caught extorting Nigerians.

There is however a problem here if we say the office of police inspector general should handle all of these cases.

There is therefore the need to set up an independent police misconduct investigation authority which should be patterned after what obtains in Australia to be led by a senior judge and the ombudsman should be free of all interferences and encumbrances.

It is because we as a nation have allowed these gross and grave crimes of armed robberies/bribe extortion by police that has made kidnappings very attractive crime.

We must do the needful now.
Emmanuel Onwubiko, heads Human Rights Writers Association of Nigeria and blogs @ www.huriwanigeria.com ; www.thenigerianinsidernews.com ; www.huriwa.blogspot.com .