Moving Africa To The Next Level 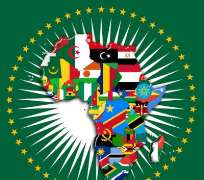 What could be said about a continent recorded as the world's second largest and second most populous continent? A continent of about 30.3million km square, covering 6% of the earth's total surface area. A continent with over 1.2 billion people (which is 16% of the world's population.) A continent surrounded by great seas, oceans, lakes, mountains.Filled with amazing sights, housing precious resources. A continent containing 54 fully recognized sovereign states. A continent hosting a large diversity of ethnicities, cultures and languages. Reading all these, the most likely exclamation that should follow is wow! But ironically, the continent Africa is far less than what she should be in reality. Despite all these alluring features, we find that Africa has been reduced to a "crippled giant". In fact, mentioning Africa drags along other words like Poverty, bad leadership, unemployment, poor electricity, corruption etc. So pathetic.

Imagine a situation whereby ,everyone is allowed to go to other continents. I'll bet that not more than 20% of Africans will remain in their country. Not just because, they want to see what other continents look like. Many will see that as an express release into freedom, better life, great opportunities, better structures and what have you. But, should it be so in reality? Should people be seeking means of running away from their God-given niche, because of the catastrophe and countless difficulties experienced?

Comparing Africa with other continents, it can be said that God has so generously blessed her, insomuch that it should be like "heaven on earth". But the situation on ground is far from that. WHY?

I'd like us to note that the problems we find in this continent, do not arise from nature because God did a good job. But is humanly induced and can be wiped out by humans too.

We must believe that this continent could be made better. The "single story" about Africa must give way to more optimistic pictures and dreams if Africa must move to the next level

In my essay, I’d like to proffer some solutions needed to change the present status quo of this ' unique' continent

I didn't quite understand when I heard someone say this,

CHANGE BEGINS WITH ME
But, I’m beginning to grasp the full implication of this statement. I thought maybe change begins with President Buhari. But, on the contrary.

Drunkards, keep your bottles. Ritual killers, kidnappers, drop your knives and guns and go work with your own hands. Corrupt civil and public servants, protect the interest of this great continent and do what is right. Let's become patriotic and passionate about the growth and forward movement of Africa and CHANGE

Secondly, for this Giant continent to be healed of its lameness, we must give opportunity to the younger generation. Check out the progress of any nation that does not joke with her youths and it'll be a spectacle ,compared to those that do. The youths are the hope of Africa and thus have a role to play in shaping the Africa of tomorrow. The state of youths in Africa has a lot to do with our moving to the next level. Everyday, massive number of youths are recorded to seek refuge outside of this nation. Pathetically, so many do that in jeopardy of their lives due to frustration. Our youths should be empowered and properly ' fertilized' to boost up the stuff they are made of. The youths should be recognized and should have a say in the affairs of the nations. Mind you, we are Africa. Africa is not just the trees, houses, roads, and tall buildings. Therefore, spending all our budgets developing structures, building more factories and companies, repairing roads etc without putting in commensurate resources to see that the youths are developed will be tantamount to nothing. We are in the 21st century. we need '21st century working brains'. The wisdom of the older folks is still appreciated ,but shouldn't hinder the youths from manifesting.

Let's take time to invest in our youths. That's the greatest favour that can be done for us.

Remember, the future of Africa lies in the hands of the younger generation!

Thirdly, for Africa to be taken to the next level ,attention should be given to those at the grassroot level. I believe that in bringing Africa to the top, everyone should be carried along.

The economic, medical, academic or political "Savior" that we need might be in that remote village or community. Probably, with nothing to eat, no education, no slippers to wear, no shelter etc. Most of the celebrated leaders of our time ,came from the grassroot. It means that ,there is great hope and future for Africa if we'll pay attention to those there.

We should not neglect the grassroot. Let’s take quality education, quality health facilities, good roads, and shelter down there who knows, it could be a way of saving the African "Savior"

Conclusively, I’d like to say that we should be highly optimistic Africans. Enough of the complaints, critics, negative statements and curses rained on this great continent of ours. Common, this place is big.

Where are the 'big' men and women with 'big' brains and multitalents?

Let's put hands together and give our dear continent a new outlook.

No matter how dilapidated things have become, WE CAN FIX IT TOGETHER

Oh great Africa!
It's my dream to see you move to the NEXT LEVEL and become great indeed!!!!

Blessing Uchenna Chinenye is an emerging global influencer with an unparallel zest to make positive impact. She is a dynamic writer with specialty in human development. She is passionate about value addition and difference creation.