President Buhari To Dissolve Cabinet On May 22nd 2019 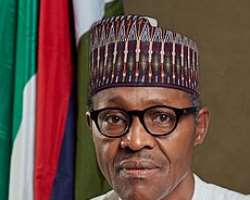 President Muhammadu Buhari will not dissolve his cabinet until five days to the end of the administration, Minister of Information and Culture Lai Mohammed Lai Mohammed, disclosed Thursday. ”We will be having a validictory session on 22nd May.The cabinet remains intact.” According to him, the President is scheduled to hold a valedictory session with members of the Federal Executive Council (FEC), on May 22nd after which the cabinet will be dissolved ahead of his inauguration.

Buhari will be sworn-in on 29th May to begin another four year term in office. According to him, ministers as directed by President Buhari are already preparing their handover notes to be submitted to Permanent Secretaries in their respective ministries before the administration winds down completely.

President Buhari who is proceeding on a 10 day private visit to the United Kingdom (UK), had April 17 directed ministers to immediately submit a comprehensive status report of their policies and projects on or before April 24th to the Secretary to the Government of the Federation (SGF).

Senior Special Assistant on Media and Publicity to the President Garba Shehu, had in a statement said “as the first term of the President Muhammadu Buhari administration winds down, the President has asked for a comprehensive “status reports on policies, programs and projects” from cabinet members on their respective ministries, departments and agencies. “These reports have Wednesday, April 24, 2019 as the deadline for submission to the Presidential Audit Committee in the office of the Vice President.”