We are committed to workers’ welfare -Oyetola 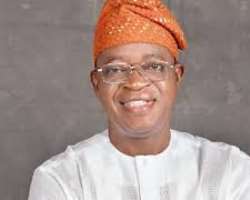 He also spoke on his administration’s strategy to sustain the tempo of mutual relationship between the government and the workers.

The governor spoke at the delegates’ conference of the Osun State Council of the Nigerian Labour Congress (NLC) in Osogbo, the state capital.

State Chairman of the NLC, Comrade Jacob Adekomi, expressed confidence in the ability of the governor to deliver dividends of democracy to the citizens.

Governor Oyetola who was represented by his Chief of Staff, Dr. Charles Diji Akinola, said in spite of the economic reality, his administration had consistently enjoyed hands of fellowship from the workforce hence the need to continue to ensure a high standard of living for all categories of workers, saying Osun workers are a model in contemporary labour relations.

The Conference, which will elect a new leadership was attended by the NLC President, Comrade Ayuba Wabba who was represented by Comrade Lateef Idowu Oyelekan while Minister of Labour and Productivity, Dr. Chris Ngige was represented by Dr F.O Fakunle; Osun Head of Service.