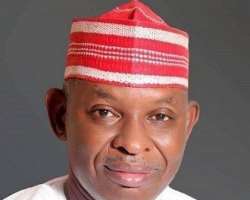 A Court of Appeal sitting in Kaduna has upheld the appeal filed by Engr. Abba Kabir Yusuf, which challenged a Federal High Court order that sacked him as the Peoples Democratic Party (PDP)’s governorship candidate in Kano state.

Justice Tanko Hussaini, while delivering the judgement on Thursday, stated that the Federal High Court judge erred in law by assuming jurisdiction without the plaintiff, Ibrahim Little, joining the necessary party, Abba Yusuf.

Little, had approached the court, challenging the process that led to the emergence of Yusuf as gubernatorial candidate of the opposition party in Kano, saying Mr Yusuf emerged as a candidate through an unlawful process.

On March 4, a Federal High Court sitting in Kano nullified the governorship candidacy of Abba Yusuf on the platform of the PDP.

The presiding judge of the High Court, Lewis Allagoa, ruled that the PDP did not conduct governorship primary election in the state.

However, Justice Hussaini of the Appeal Court revealed that Little lacked locus standi to institute action challenging the process that he did not participate in.