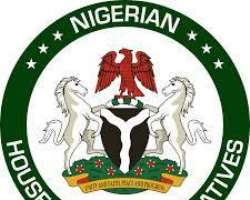 The reported zoning of the Speakership position of the House of Representatives to the Southwest by the ruling All Progressives Congress (APC) has been described as an insult on the north and an affront on the principle of federal character enshrined in the Constitution of Nigeria.

The Northern Youths Movement (NYM) told the APC National Chairman, Adams Oshiomhole and he party’s National Leader, Bola Tinubu to perish their thought of taking over the National Assembly in preparation for his (Tinubu) presidential ambition in 2023.

According a release issued in Abuja today, which was signed by the NYM Chairman, Mallam Ishaya Jato, the north will resist Oshiomhole and Tinubu’s attempt to zone the House of Representatives Speaker to the Southwest, which already has the Vice President.

The NYM, which reiterated that it had nothing against Hon. Femi Gbajabiamila, dismissed report that President Muhammadu Buhari agreed to the zoning of the Speakership position to the Southwest in the dinner held last night with APC returning and Reps members-elect.

The group disclosed that President Buhari even had to openly reprimand Oshiomhole for discussing what he described as unnecessary details that were not know to him ad that his understanding was that all zones should meet and discuss zoning.

Our question then is; when did Oshiomhole meet with APC National Working Committee members to arrive at his zoning of the Reps Speaker to the Southwest, a zone that already has the Vice President just as the Northwest has the President?

Our understanding of the federal character formula is that with six positions of President, Vice President, Senate President and Deputy as well as Reps Speaker and Deputy available, the six geopolitical zones must get one position each.

Since Northwest and Southwest have already taken President and Vice President respectively, the remaining four positions must be shared among the South-South, South East, North Central and North East zones.

Anything outside this is against the unity of Nigeria and peaceful coexistence of its people, and we in the Northern Youths Movement will never support that.

President Buhari is therefore called upon to be mindful of the scheming of Tinubu through Oshiomhole because this planned handing of two major positions to the Southwest, which produced lesser votes than the North-Central and North-East is an injustice that must not be allowed to happen.