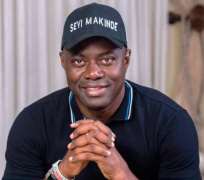 Dear Governor Elect,
In the conventional customs of the people on E KUs, e ku orire on your success at the polls on March 9th, 2019.

I am sure that by now, that the deluge of requests before you should have surpassed the ones you have been inundated with since you stepped into that crib on the blessed Christmas day in 1967! However, the challenge with this piece is that it’s an additional request to compound those before you and the SSAs and SAs, this is vital since I am not in possession of your contact details or out of the phobia of joining the growing lists of those that will run down your phone battery (apologies to Dr Abati who knows more about the frequency at which phones of the office holders rings with the symmetry of the heartbeat).

Before you get bored, as the Constituted Authority in waiting, my letter is in respect to the privatization of Shooting Stars Sports Club (3SC) being one of the modern pillars in the historical might of Ibadan, the city well documented for posterity by Prof. John Pepper Clark in his poem dubbed after the city. In line with article 2 of the club’s objectives to attract fame, honour and goodwill for the people of Oyo State and Nigeria as a Nation. How do we ensure Shooting Stars Sports Club of Ibadan is weaned from the aprons of the impecunious State Government to become a functional self-sustaining entity in the mould of other clubs like Ikoyi Club, Island Club, Otan Ayegbaju Club, Etsako Club 81 et al that predates it? This is the 3rdclause in the club’s objectives that aligns with the 1st objective which is centered on ‘to manage and fund a Professional Football Club in the Federal Republic of Nigeria.

The genesis as Western Region Production Development Board (WRPDB) in 1963, then Western Nigeria Development Company (WNDC) before the metamorphosing into Industrial Investment and Credit Corporation (IICC) Shooting Stars and later the current nomenclature destination as Shooting Stars Sports Club (3SC). In order to achieve the club’s mission which is ‘to gather human and materials to return the lost glory of the Club, as well as repositioning to its rightful place in Nigeria and Africa Football’, then it is essential to privatize the club as a publicly quoted company because the emotional attachment to the club will make the option of a Private Limited Company a NO-NO!

The ‘painful’ privatization is like the bitter-leaf that is initially bitter upon contact with the salivating tongue, but thereafter becomes sweet or in the more familiar Ibadan adage that tita riro lan kola (the process of etching tribal marks - not tattoo is painful, but after the healing of the grievous wounds, it becomes a thing of beauty on the face). The club’s vision statement relies worryingly on sourcing for financial support from the State Government, Corporate Organisations and Private Individuals, however the question begging for answer is that for how long can this beggarly structure sustain the club in view of the dwindling oil revenue (even the oil rich Kingdom of Saudi Arabia is already on the path of privatizing her top 14 professional clubs with a Vision 2020 target date). It is pertinent to remind you that the issue of wages (non and delay payment) was a factor in your emergence as the people flashed the red card before your ko le se ri predecessor and his equally illustrious candidate – your opponent. The Club should be a revenue generating agent for the company the same way Nigeria Liquefied Natural Gas (NLNG) hatches into the income stream of the nation. Why the spending on Shooting when the trailblazer State should be earning revenue through the on and off the pitch activities of Shooting Stars. Privatizing the club is a macroeconomics fiscal adjustment weapon of encouraging Foreign Direct Investment in the club and subsequently boosting the State’s Gross Domestic Product (GDP).

On the strength of the 2006 population census (I though it should be every decade?), the city was allocated over 3m out of the 5.5m population for Oyo State. I have attended more population growing function since that census that makes Ibadan at par with Wales of 3.125m (remember Wales’ surprise run to the Semi Finals of the last Euro 2016?) This numerical strength coupled with the Siamese emotional attachment to the club makes the feasibility of privatization a viable option. 3SC considering the pedigree is one of the few clubs in Nigeria nay Africa that can tap into the emotional bank account of the people. The pace-setting place of the club in our nation’s cum continent’s footballing map is well documented. In 1976, 3SC became the first of the famous five Nigerian clubsides (Rangers International (1977), BCC Lions (1990), Bendel Insurance (1994) and Enyimba (2003 & 2004) to win a continental title when it thrashed the dreaded Yaoundé based Tonnerre Kalara 4-2 in the defunct Africa Cup Winners Cup final, the club set another record by becoming the inaugural winners of the CAF Cup donated by the presumed winner of the June 12 Presidential election, the late Bashorun MKO Abiola (GCFR), the painful double defeats against Egyptian conqueror, the Cairo based Zamalek in 1984 and 1996 was another record as the first Nigerian team to feature in two Champions Cup final, the pain soothed by Enyimba’s back to back triumph in 2003 and 2004). For a side that has always been the Best (yeah the 1980 Green Eagles goaltender, Best Ogedengbe was a Shooting Star), only the best is good enough as we chart a way as pioneers again for Shooting Stars in privatization.

Ibadan, Ile Oluyole (reason one of the team’s alias is Oluyole Warriors) has always been the pace setting city in Nigeria and Africa with many firsts in Broadcasting (WNTV), Sports (Liberty Stadium), Education (UI), Health (UCH) Urban Planning (Queen Elizabeth Road – the first dualised road & Bodija Housing Estate) et al, the antecedent is enough recipe to dish a mouth offering Initial Public Offer that is surely bound to be over-subscribed. The Nollywood chart buster ‘Basira Beere’ which features the popular Fuji Artiste – Taye Currency (whose scion – Yusuf Adebisi just got elected as a State legislator representing Ibadan South West constituency) is a pointer that the people of the city with the famed seven hills once united in a cause can always deliver.

Your Excellency, kind find a space in your agenda for this proposal to set ‘Sooting’ Stars on the path of infinitude. The time to stand on the side of history is now (sorry from May 29, 2019).

Once more, e ku orire
From a prodigal shooting fan who out of sheer infantile exuberance defied (not exactly the Saraki scenario) his father’s supported IICC to support Leventis United till he retraced his tottering steps after the disbandment of Leventis United. As restitution demands, my stockbroker is anticipating my instruction to buy a minimum of a million units when the IPO is out.