Biases of INEC and their underhand tactics, we have been vindicated - Princewill 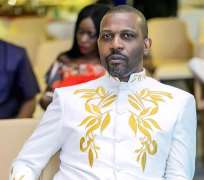 A chieftain of the All Progressives Congress APC in Rivers State, Prince T.J.T Princewill who is the Director on Strategic Communications of Tonye Cole Campaign Organization said the biases of INEC and their underhand tactics have been laid bare for everyone else to also see.

Mr. Princewill who made his view known in a statement circulated to journalists stated that, “it is better to be quiet and let people suspect you may have something in your mouth, than to open your mouth and confirm that you actually do. What INEC has shown in their attitude towards us and in putting out their midnight statement on the 15th of March was that they have been unable to resist the allure of big money and the evil of Nyesom Wike. Many of us said as much, but we were quietly dismissed as just being biased. Now that people have heard from an institution with even more integrity, the biases of INEC and their underhand tactics have been laid bare for everyone else to also see. They are not the first to succumb and they will not be the last, but thanks to the current anti corruption trend in Buhari governance, they are now dancing in the market square and the world is watching their backs.”

Text of the statement reads: “The recent terse statement made by the Nigerian Army exposed a wide gap in the relationship between the “independent” umpire and the security agencies, the same people who provide the conducive environment for INEC to operate. What is striking in the statement released by the Army is not that they simply dented INEC’s credibility, but that they called them out in a key aspect of their qualification that leaves them in tatters - their expected independence. How INEC recovers from this remains to be seen, but suffice to say that they can no longer speak with the freedom of the benefit of doubt they have been enjoying, from not only Nigerians but from the international community as well.

“Wike has tried to show us that he can buy anyone, recruit everyone and not be held accountable to anyone in his pursuit of his ambition to lord it over is in Rivers state. Thanks to the Nigerian Army, some elements in the Judiciary and also the Inspector General of Police, not everybody is for sale. There is still hope for justice and the illegal suspension of an exercise that was inching him towards defeat will not save him from an inevitable rendezvous. We conducted a Congress, they complained. We repeated it again, they sued. Judges excluded us from the ballot, we went for option B. Rivers people still humiliated Wike, they suspended his defeat. What more do we need to do, what else do they need to see, to know that this is not about one man, one party or even any individual ambition? It is a movement, united in the recovery of our state, our economy and our collective peace of mind.

If INEC wants to be a responsible umpire, beyond obeying the courts, they will now need to do the following:

1. Apologize to Rivers people and the security agencies, especially the army, to rebuild the sense of joint duty needed to move forward.

2. Issue a statement condemning the violence meted out to all sides with specific reference to the Governor’s illegal storming of a collation center.

3. Cancel the entire process and start again or pending the resolution of all legal matters, announce the results as a collation of results announced per LGA, up to the point of “suspension”.

4. Change the REC and principal officers to conduct the election whenever the opportunity so provides, as there is no confidence in their neutrality and/or competence to conduct a free and fair election.

“Anything short of the above is business as usual and an exercise in futility. We are by this statement indicating our intent to be resolute against all odds in the goal of us rescuing our state from the shackles of wickedness. In both high and low places. We thank all the patriots that have still remained committed to justice in spite of the twists and turns of corrupt institutions.”