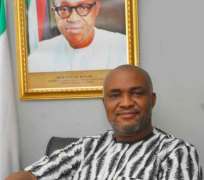 For a long time to come, the last governorship poll in the country will be rated as the worst in terms of organizational poverty and in the area of the roles of the armed security forces in providing security services whilst the exercises lasted.

Perhaps, the governorship poll has contributed in a very significant way to create spectacular public image fiasco and long lasting damage for the Nigerian Army much more than the issues that evolved from the ongoing counter terror campaigns by the military in the North East of Nigeria.

At no time in the history of Nigeria, with the exception of the mass killings of civilians by the military in the three year civil war of the late 60’s, has the corporate image of Nigerian Army been this muddied and thoroughly abused.

The Nigerian Army Is however stridently making claims that fake soldiers are behind these evil trends of outright criminal hijack of electoral materials. The Army has also blamed politicians for these cases of violence during the polls.

The direct cause of these cocktails of public relations fiasco for the Army are related to the alleged political interferences in the governorship elections in some parts of Nigeria currently controlled by the leading opposition People’s Democratic Party in the oil rich Niger Delta region such as Rivers, Bayelsa and Akwa Ibom states.

However, the allegedly ignominious role of the Army has received global wide bashing with specific reference to what some armed operatives did in Rivers state which resulted in the stagnation and suspension of the governorship election in Rivers state and even the British government has pointedly accused the Army of interference.

The Coalition of United Political Parties descended heavily on the Army and had described alleged military interference in the governorship and House of Assembly elections in Rivers State as treasonable felony.

The coalition’s national spokesman, Imo Ugochinyere, said this in a statement in Abuja.

Ugochinyere claimed that with the military’s action, the Chief of Army Staff, Tukur Buratai, had shown that he was nursing an agenda of returning the country to military rule.

He described the soldiers’ action as an assault on democratic institutions, asking all lovers of democracy to resist it.

He said, “The Coalition of United Political Parties has reviewed the performance of the Nigerian military in the just-concluded governorship election in some parts of the country and has come to the conclusion that the Chief of Army Staff, Tukur Buratai, is nursing a secret agenda to return the country to a military rule.

“We make bold to say that Buratai’s brazen use of armed soldiers to attack officials of the Independent National Electoral Commission and upturn electoral process were testing grounds for his plot to truncate Nigeria’s democracy.

“We hereby raise the alarm loud enough for all lovers of democracy to hear that an electoral war is looming in states like Rivers over the desperate moves by the Nigerian Army and the All Progressives Congress to announce fake governorship election results in Army Barracks in favour of an unknown and non-existence party called AAC.

“We condemn in unequivocal terms President Muhammadu Buhari and his Chief of Army Staff over this reckless overthrow of electoral process in Rivers State with the APC thugs and security agents.

“We hereby say without mincing words that the undemocratic activities of the military and other security agencies in Rivers State are tantamount to treasonable felony and should be viewed and treated that way.

“This is an assault on democratic institutions in the country and should be resisted and condemned by all lovers of democracy within and outside the country.”

The Independent National Electoral Commission has accused the Nigerian Army and the Nigerian Air Force of allowing its personnel to take over its office in Rivers State. However, discordant tones came from INEC which had lately exonerated the Airforce but had yet to withdraw the accusation against the Army.

It said the operatives of the two Services were preventing those legitimately authorized to be in its office from gaining access.

The position of the Commission was made known on Sunday by its Head of Department of Voter Education and Publicity in Rivers State, Edwin Enabo.

Enabo said: “The INEC office is under siege by men in army uniforms, uniforms of the Air Force and police who have taken over.

“They are stopping and screening people.
“They are clearing results before they enter the office to the extent that up till now no collation has been done.

“We don’t understand where the people are deployed from.

“We are not accusing the Nigerian Army or the Nigerian Air Force, but we say the people right now in the office are wearing uniforms of Army and Air Force.

“If they are not from them, we are calling on them to come and rectify the situation and allow our officers to enter with their results without molestation and harassment.

“Throughout the elections, we had so many reports of insecurity, molestation, harassment and assault on our staff and adhoc staff, disruption of the electoral process throughout the state in all the Local Government Areas with the consequence that by yesterday evening we were unable to get any results and by 1pm today, the office is under siege by men in Army, Air Force and Police Uniforms.”

The Inter-Party Advisory Council (IPAC), Rivers State, had also called on the National Chairman of the Independent National Electoral Commission (INEC), Professor Mahmood Yakubu, to disregard the calls by a few All Progressives Congress (APC)-sponsored governorship candidates for the transfer of the State Resident Electoral Commissioner (REC), Mr. Obo Effanga and the administrative secretary of INEC.

State Chairman of IPAC, Precious Baridoo, speaking on the heels of the suspension of Rivers governorship and House of Assembly elections, and the call by AAC for the immediate removal of Effanga, said the call by a few governorship candidates was aimed at creating an ugly atmosphere to rig the last election.

The IPAC, which represents 86 registered political parties and 54 governorship candidates in the state, berated the glaring interference of the Nigerian Army in the recent elections, insisting that from the outcome of the result collated, the PDP candidate, Nyesom Wike was leading.

He stated: “We also strongly condemn the criminal use of the Nigerian Army to abduct electoral officers and snatch already-collated results for the purpose of rigging the governorship election in favour of the APC supported candidate.

“It is most unfortunate that the APC-led soldiers of the Nigerian Army to invade the state collation centre at INEC headquarters in Port Harcourt as captured on videos aired. The whole world saw how they planned to bring in cooked results to alter the will of Rivers people.

“We condemn the military for disrupting the collation process for the governorship election in Rivers State. We call on President Muhammadu Buhari to take immediate steps to punish all the military personnel involved in this coup against democracy.

“The mischievous call by these sponsored governorship candidates is diversionary and aimed at disrupting the collation process and the lawful declaration of Governor Wike as duly re-elected.

“We commend the Rivers State governor, Nyesom Wike, for his peaceful and calm disposition, despite the provocative actions of the APC and the military in the face of the fact that Rivers people overwhelmingly voted for him,” Baridoo stated. Army continued to debunk the widening spectre of accusation against them.

Specifically, the Peoples Democratic Party (PDP) had described as “treasonable” the alleged confiscation of the Rivers State governorship election results by soldiers and demands the immediate release to avert serious crisis in the state.

The PDP flayed what it called a subversive act by soldiers, “who seized and diverted the results to an Army barrack in Port Harcourt and calls on all lovers of democracy, to unite against this brazen attack on our democracy by the Presidency and All Progressives Congress (APC),” saying “such barefaced assault is only akin to a coup d’état and should not be allowed to stand.

In a statement issued, by the PDP National Publicity Secretary, Kola Ologbondiyan, the party said, “Nigerians watched in bewilderment as soldiers, in the company of APC thugs invaded polling units in Rivers State, unleashed violence on voters, disrupted polling processes and hauled away electoral materials, just because the APC is not in the ballot, following its self-inflicted exclusion from the election.

“The use of soldiers to ambush the electoral process and confiscate results is an extreme scheme by the APC and the Presidency to enmesh the Rivers State governorship election in controversy, seeing that there is no way they can take away victory from the PDP.”

The statement continued: “Soldiers, allegedly under the directive of the Director-General of the Buhari Campaign Organization and Minister of Transportation, Chibuike Rotimi Amaechi, invaded the Independent National Electoral Commission (INEC) offices, waylaid INEC officials and forcefully took away collated results to the army barracks, where APC agents have been stationed to alter figures and destroy evidences of PDP’s victory.

“We want Nigerians to note that the APC is frustrated that it is not in the ballot in the Rivers State election and for that, it has resorted to violence, killings and heavy militarization of the area, in the attempt to disrupt the electoral process, seeing that the PDP had already won.

“What the APC and its compromised soldiers fail to note is that the PDP already has valid documents of all the results as delivered from all the polling units where elections held across the state and that the figures are with all the stakeholders.

“Therefore, deploying soldiers to confiscate the results will not change the victory already recorded by our party in Rivers State.” The whole scenarios have assumed an international dimension.

The United Kingdom (UK), expressed concern over reports of military interference in the governorship and assembly elections in Rivers state held on Saturday.

The UK High Commission, in a tweet on its verified twitter handle, @UKinNigeria, noted that reports by its independent observers collaborated media reports of military interference in the electoral exercise.

The High Commission while noting that it was monitoring the situation very closely, called on relevant stakeholders to allow staff of the Independent National Electoral Commission (INEC), do their job without harassment.

“We are extremely concerned by reports, including from @UKinnigeria observers, of military interference in the election process in Rivers State. Monitoring the situation closely. @inecng staff must be allowed to do their job in safety, without intimidation,” the UK High Commission wrote.

The onus is on the Army to clear their name. It is good that an investigation is ongoing. The will of the Rivers state people must be sacrosanct. Let no federal institution be used to thwart the will of voters of Rivers State.