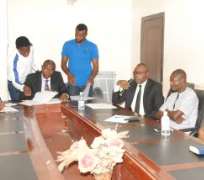 The Delta state Government said it has executed 133 community projects in the past four years in partnership with State Employment and Expenditure for Result (SEEFOR), a World Bank sponsored projects across the state.

Mrs Omatsola Williams, State Commissioner for Women Affairs, Community and Social Development, disclosed this on Wednesday in Asaba at a forum she organized to celebrate the victory of Gov. Ifeanyi Okowa for a second term in office.

She said that the state government had in this first tenure impacted, women, the elderly, orphans, HIV/AIDs patients people with disabilities among others through the ministry.

"I want to say that the rating of this ministry by World Bank especially in the area of our SEEFOR Projects cannot be overemphasised in the past three and half years in the state.

"Our projects in the community areas with SEEFOR, we overshot that which we were expected to do.

"I am happy and proud that out of 148 community projects, we executed 133 projects all completed across the 25 LGAs including the riverine areas in the state," she said.

She said that the people were directly impacted by these projects hence they voted enmasse for continuity and for Okowa.

The commissioner noted that the ministry has documented evidence and currently raising data across the state, adding that 12 LGAs have been enumerated.

She said that the ministry in four years has been re-awaken and made vibrant and that purposeful achievement in resuscitating the orphanages were recorded adding that two orphanages were closed down in the period due yo child trafficking.

"People with disability were given recognition even before the law was passed, Delta was on the front line as in the care of the group.

"We are also trying to keep the state out of destitute, by repatriating the beggars back to where the came from," she said.

She said that it was her wish that the state have a functional rehabilitation centre in the next four years.

"We have a women development centre almost completed in Asaba, though called women centre, but its all encompassing centre and can host many seminars," she said.

She thanked the governor for giving her the opportunity to serve and to the staff of the ministry for their dedication.