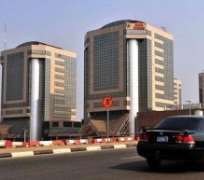 The president also directed that the assets be transferred the operatorship of the assets to the Nigerian National Petroleum Corporation, NNPC and its upstream subsidiary, the Nigerian Petroleum Development Company, NPDC

According to a letter dated, March 1, 2019, with Reference Number: SH/COS/A/8540, signed by Chief of Staff to President Muhammadu Buhari, Mr. Abba Kyari, the Presidency directed the NNPC and its upstream subsidiary, the Nigerian Petroleum Development Company NPDC to take over the operatorship of the entire asset

The letter from the Presidency to the NNPC, which had its title as, 'Operatorship of Entire Oil Mining Lease 11,' read in part, “Kindly note that the President has directed NNPC/NPDC to take over the operatorship, from Shell Petroleum Development Company, of the entire OML 11 not later than 30 April 2019, and ensure smooth re-entry given the delicate situation in Ogoniland.”

It added that the President has “directed NNPC/NPDC to confirm by 2 May 2019, of the assumption of the operatorship.”

OML 11 lies in the southeastern Niger Delta and contains 33 oil and gas fields of which eight are producing as per 2017. In terms of production, it is one of the most important blocks in Nigeria.

The terrain is swampy to the south with numerous rivers and creeks. Port Harcourt is located in the northwest of the block, while the major yard and logistics base at Onne is located by the Bonny River. The Bonny oil terminal – the largest in Nigeria – and Nigeria LNG (NLNG) are both located at Bonny.

The Punch reports that the Media Relations Manager, Shell Nigeria, Bamidele Odugbesan, declined to comment on the matter, as he specifically told our correspondent that he would not speak on the issue.

It added that the Group General Manager, Group Public Affairs Division, NNPC, Ndu Ughamadu, also did not answer his telephone when contacted and had yet to respond to a text message on the matter up till the time of filing this report.

According to the newspaper’s report, sources at the Federal Ministry of Petroleum Resources in Abuja indicate that there were four partners in the OML 11 joint venture.

The source added, “So if you look at some deep water projects or if you look at the OPL 245, that is Zabazaba for instance, it is operated by Agip but Shell has 50 per cent stake in it. So if tomorrow Agip says it does not want to operate the asset anymore and asks Shell to come and operate it, that won't change anything. Rather it is only the operatorship that will change.”

It further reported that the NNPC owns 55 per cent shares in the OML 11 partnership, while Shell, Total and Agip own 30, 15 and five per cent respectively in the joint venture.

Officials at the FMPR stated that the operatorship of the asset, based on the latest directive of the President, had moved from Shell to NPDC, the flagship oil exploration and production subsidiary of the NNPC.

Industry players further explained that whoever operated an OML on behalf of partners would bring in its expertise and that the NPDC had such capacity right now.

They noted that what was transferred to NNPC, based on Buhari's order, was basically the operatorship of the OML and not the shares of the partners in the joint venture.

Our correspondent further gathered that Shell had not produced a drop of crude oil from Ogoniland for about five years and that partners were not earning revenue as a result of this.