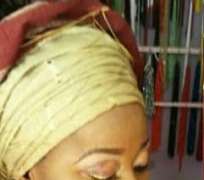 A 55-year-old man, Taofeek Oladeinde, has gone into hiding after he narrowly escaped death in Abeokuta, the Ogun State capital.

Oladeinde, a land surveyor, however, sustained injuries after he engaged the attackers in fisticuffs before he fled the house.

Our correspondent gathered that the suspected hoodlums, who stormed the Laderin Ikereku residence of Oladeindes last weekend, demanded to know the whereabouts of his wife, eight-year-old son and six-year-old daughter.

According to a reliable source, the woman and her children incurred anger over an alleged violation of religious belief which did not go down well with the elders in the surveyor’s family.

It was further gathered that the men who besieged the home and allegedly came in company of two family elders – Chief Olayiwola Oladeinde and Chief Oladeko Oladeinde – insisted that Taofeek must produce his nurse wife, Mrs. Abiodun Oladeinde, and his two younger children before they could leave.

The family members, according to a competent source, became embittered after Taofeek refused to surrender his wife and children for the family’s traditional religious practice in line with their custom and tradition over an alleged offence that began two years ago.

Taofeek, it was learnt on Monday, has been receiving treatment at an unknown hospital over injuries he sustained before he escaped from his attackers.

The family elders, who had earlier travelled to Ibadan to meet Mrs. Oladeinde’s first child from her marriage before the land surveyor, Ayomide, to enquire about the 48-year-old nurse’s whereabouts, according to another source, has been on the neck of Taofeek over his eight-year-old son’s strange dreams believed to have caused death of many members of the family.

Initially when the trouble started, the family heads had dragged the nurse to their Akeran, Owode Egan village to perform traditional religious worship on the woman and her children.

But, according to a competent source, Taofeek ensured his wife and children’s escape from the village and took them into hiding, an action which annoyed the elders who vowed that peace would continue to elude the surveyor until he produce the culprits.

Since then, Taofeek has taken his wife and children into hiding and no one know where they are hiding up till, the source emphasized.

The source further explained that the land surveyor, who could not be reached for comments, has told other family members that he would not surrender his wife and children, and he would also go into hiding to avoid the anger of the elders.