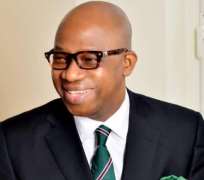 Like the famous French Philosopher, Niccolo Machiavelli, I have been privileged in my short years on earth and career as a PR professional in government at some time, to witness the ascension and fall of many men of power.

This gives me the insight that there is nothing really worth celebrating in power as the intoxication of victory today vapourises so shortly.

In a little while, the electorates become demanding and start putting the new leader to task with respect to their expectations. Now under the klieg light, there is nowhere to hide anymore.

The burden and weight of challenges to fulfill electoral mandates start staring the leader in the face and the good savour of victorious moment disappears.

Everyone, including some of the ones loyal ones soon join the team of critics and expectant citizens watching how their leader would deliver. The leader is simply on his own. At that time the leader realizes that it’s lonely being on the top. You become destitute of good men.

The fair weather, sycophants and yes-men take over and most times struggle to cocoon the leader. They drive fear, create imaginary enmity in his heart to create space for their evil enterprise and keep the truthful, sincere and well-meaning people far away. The vultures take over! It’s only divine help and what is in the leader that would determine whether he would finish strong or not.

Honestly, this is my feeling when I heard the cheering news that Otunba Dapo Abiodun has become Ogun State ,Governor-elect. On one side I was quite elated because of my unrepentant love and favourable disposition to the APC as a party, but on the other hand I felt great pity for the would-be Mr. Governor, because of the enormity of tasks ahead of him and the men he would have to travel with for the next four years.

To me, Mr. Governor- to- be must quickly get his acts together and celebrate less. He must have an understanding that the electorates do not have permanent favourites and like birds they are quickly disposed to fly off with little measure of discontent. Mr. Governor has to quickly take a track of where his predecessor got it all wrong and also see areas where he performed above board. Without trying to undermine his already preconceived thrust of office, he should partition his focus for the state into infrastructural development, human capital development, deliberate economic growth policies, and social capital.

These could be broken down to nuggets for ease of performance and evaluation. Urgently, instead of giving it back to those who did not vote for him, he should love them and see ways they could be “converted with love” as history has often proven that some of those who detest you today may be your strongest supporters and admirers tomorrow. I have seen it happen.

Upon all, Mr Governor- to- be must eschew hubris/ pride and imbibe the true servant –leader spirit. Good and enduring leaders understand the fact that “you may be tall in real sense, but you have to become short when it comes to serving the people”! I have seen that four years is like a short flight and it's only what a leader pays into the emotional bank account of the people that he would withdraw when he comes again soliciting for votes from them”!

This is where many leaders miss it; they forget that there is no permanent place up there. I pray God will give Otunba Dapo Abiodun and other elected leaders across our nation wisdom which also comes through divine grace, the good speed and wisdom to lead the people within the borders of humility and selfless service. Such leaders would finish well; they would never be destitute of people’s support and goodwill for a very long time.

*Adaramola, MNIPR, is past Ogun State Chairman of the Nigerian Institute of Public Relations