It's Time For Nigeria To Divorce 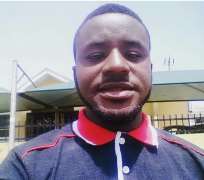 Divorce is a word closely associated with marriage, but it is also used in other domains to carry the same meaning as it would when used in the context, especially when that subject has the same attributes as a marriage. The English dictionary defines divorce as a legal dissolution of marriage or to separate or dissociate (something) from something else, typically with an undesirable effect.

Divorce occurs in marriages mostly when the couples realise that the marriage is not going as they had expected and hoped. When the marriage becomes unevenly balanced, a threat to either of the couple existence or when they begin to experience unhappiness with each other, the couple may decide to agree to put an end to the marriage. Even when it is unanimously agreed by both couple, the one who feels most aggrieved may still go ahead and sue for a divorce.

It has been shown overtime, with crushing examples, that couples who are compelled to stay in unhappy marriages most of the times end up with regrettable and avoidable consequences. For example, a woman who refuses to leave her abusive marriage because of the fear of public perception or for the fear of losing her status, may one day get a permanent disability, or worse, get killed by her incessant abusive husband. Or, the couple who still decide to stay in an unhappy marriage despite the notorious infidelity of the other partner are most likely to continue living in despair and the emotional trauma of being cheated on. Whatever is not working and cannot be repaired should be abandoned.

The case with Nigeria bears striking resemblance with the picture of marriages painted above and the debate has been on for a very long time if Nigeria needs to be separated. There have been divergent and contrasting reactions to this debate, some even consider it to be a "too holy a topic" to discuss. But we say, more than ever, this is time to divorce Nigeria.

In his book, Path to Nigeria freedom, Chief Obafemi Awolowo had said that Nigeria is not a nation, it is a mere geographical expression. There are no Nigerians in the same sense as there are English or Welsh or French. While Sir Abubakar Tafawa Balewa in his speech at the legislative council of 1948, he had said "Since 1914 the British Government has been trying to make Nigeria into one country, but the Nigerian people themselves are historically different in their backgrounds, in their religious beliefs and customs and do not show themselves any sign of willingness to unite, Nigerian unity is only a British intention for the country".

These are words of our "revered" founding fathers that still sound true till this day. The surgical wounds from the amalgamation of Nigeria in 1914 had not even healed when the country gained independence in 1960. Political leaders have thought the best way to address the wounds was to cover them up with a plaster with the hopes that it will make the cracks go away. They are still yet to realise that cosmetic makeover is only temporal beauty.

In 1953, when Anthony Enahoro moved a motion for self-governance - independence, the most vocal opposition to the motion was not from the British colonialists but from the Northern politicians. As a consequence of the motion, the Northern members of the parliament on several occasions staged a walkout in protest and went as far threatening to secede from Nigeria if the Southern members insist on going ahead with the motion. The motion for independence suffered a temporal setback, but Nigeria however attained independence in 1960.

During the counter coup of 1966 (we like to call it a counter coup because we do not want to call it what it actually was), the Northern soldiers in Lagos and other areas of Western Nigeria chanted "araba" which basically means they want to pull out of Nigeria. It took the intervention of Yakubu Gowon, Aminu Kano, Kam Salem to placate the young Northern soldiers that it was in their best interest to remain in Nigeria. Is not it ironic that the same people who had threatened to leave Nigeria were the ones leading the war to keep Nigeria as one during the Civil War?

The re-election of President Muhammadu Buhari has further exacerbated and exposed the cracks in our National Unity. In an election whose two major contestants were both of Fulani ethnic stock and from the Northern region of the country, one would have expected that election would be peaceful, calm and devoid of ethnic and religious bigotry but unfortunately, the election witnessed Nigerians divided like never seen before in post-civil war Nigeria. Muhammadu Buhari's victory at the polls did not go down well with majority of the people in the South who blamed their "misfortunes" on the "illiteracy" and "poverty" of majority of the people in Northern Nigeria. The North constitutes a large chunk of the voting population in Nigeria and are touted to be the ones with the power to decide who rules.

The backlash witnessed by the North from their Southern brothers is a manifestation of how deeply and widened the cracks of Nigeria's unity; it is a demonstration of anger and animosity that has been suppressed for a very long time. Furthermore, the unfavourable economic climate in the country cannot be overlooked as a major enabler for the heightened ethnic/religious tensions in the country.

Youths and middle-class professionals are leaving the country in droves; the health sector is the most hit with skilled medical staff exiting the country daily, this will eventually lead to a major crisis in our health sector in the nearest future, that is if we are denying the true realty of the sector today.

At this juncture, we have to truthfully admit that there is no gleam of hope for our country, Nigeria. Failure to decisively act now will only brew the anger in the land to a level that will be intolerable and a violent reaction will be inevitable. Such reaction will lead to a total break down of law & order around the country, killings, and a balkanised country which will be left after the aftermath. The earlier we stem the tide, the earlier we can savage was left of Nigeria.

There are disgruntled voices all over the country. One section of the country (the North) believes it controls the political power and determines who ascends to the presidency, the other half of the country do not like this because they believe denizens of the North are not capable of making informed and qualitative political choices. They believe the widespread western illiteracy and poverty in the North is a drag on the progress of Nigeria.

The South Eastern part of the country believes they are deliberately and systemically marginalised and excluded from the affairs of Nigeria. They believe they are still being victimised for their pursuit of Biafra in the '60s and they can always point to inexhaustible examples to further their case. Another section of the country brags that Nigeria survives solely on the mineral deposits within its grounds yet they are the most neglected region of Nigeria in terms of infrastructures, healthcare, social welfare, amongst others. The North on their own part have expressed displeasure with the manner their Southern brothers look down on them.

It is time we have an honest discussion about the Nigerian project and we the masses need to force the ruling elites to the negotiation table. Where we do not want to call for outright separation of the country, we can insist on negotiation for any of the following:

Restructuring of the country governing system to true federalism

It is in our best interests and that of the ruling elites that we urgently consider the above options for the good of the country, the younger generation, and our unborn generation.

However, the biggest victims of the failed Nigerian project are not the tribes that make up Nigeria but the poor and powerless masses in every corner of the country. Where Nigeria has refused to work for the collective good of the people, let’s change strategy and allow the regions handle their destiny.

Victor Terhemba (@VictorTerhemba)
A political and social commentator from Lagos.