By Southeast Based Coalition Of Human Rights & Democracy Organizations, SBCHROs 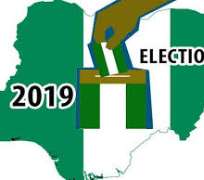 (SBCHROs, Nigeria: 8th March 2019)-The COAS, Lt Gen Tukur Buratai, Nigerian Army, Gov Obiano, Bola Tinubu and his loyalists and the APC led Federal Government of Nigeria must allow Nigerian voters to freely access their polling centers, freely vote and have their votes count in the tomorrow’s governorship and state assembly poll across Nigeria, the Southeast Based Coalition Of Human Rights & Democracy Organizations, SBCHROs; a coalition of over 23 human rights and democracy organizations based in Southeast Nigeria said today in a joint statement issued in Onitsha, Southeast Nigeria

Going by our country-wide mirroring and analysis, voters’ intimidation, militarization, militancy and inducement shall be high and concentrated in Lagos, Oyo, Taraba, Adamawa, Gombe, Kaduna, Plateau, Benue; Niger Delta States of Rivers, Delta, Akwa Ibom, Bayelsa (state assembly) and Cross River; and Southeast States of Anambra (state assembly), Imo and Abia. In other words, the above named areas or States are expected to experience widespread state actor masterminded tensions including intimidation, harassment, militancy, militarization, voter suppression and inducement. Totality of these may most likely shrink with wide margin the voter turnout and general validity of the voting results; producing unpopular candidates as “winners or the returned and shutting out popular candidates as “losers”.

Signs and utterances suggestive of widespread voters’ intimidation, militarization, militancy and inducement in the tomorrow’s poll are already rife and reached threatening dimension. While plethora of electoral malpractices that enveloped the last poll in Muslim held northern Nigeria are expected to be replicated with sharp drops in mass thumb printing and padding and suppression of vote figures; voters’ intimidation, militarization and inducement will be high in Lagos, Oyo, Anambra, Imo and Abia as well as the above named northern States.

In the Niger Delta States as mentioned, they have already worn a war look and flooded with battle ready troops- armed assault rifles and live bullets; as well as political thugs armed with dangerous weapons. Recent utterances of the Chief of Army Staff, Lt Gen Tukur Buratai and the APC led Nigerian Presidency are clear indication of that fact. The COAS has recently raised unsubstantiated alarm of “politicians planning to bomb polling centers in some parts of Nigeria”. This sort of unclean alarm is usually a disguise to unleash military on voters and polling areas in their target areas (i.e. Niger Delta); preventing and intimidating the voting population from voting and having their votes count. The APC led Presidency of Nigeria, too, has boasted recently of its readiness to “takeover Delta and Akwa Ibom States”.

It is recalled that days before the last poll, the authorities of the 6 Division of the Nigerian Army in Port Harcourt highhandedly and threateningly issued a hoax alarm that “politicians have concluded plans to use political thugs to bomb and disrupt the Feb 23rdPoll in unnamed Niger Delta States”. The unclean alarm later turned out to be a grand design by the Nigerian Army to invade the area, intimidate and chase away most of their voters and create chaotic atmosphere making it very difficult for voters in the area to access their polling centers, vote freely and have their votes count.

In Anambra State, Gov Willie Obiano is already threatening fire and brimstone; summoning, soldiering and threatening the State civil servants including public school teachers; all for fears of losing his party’s candidates in the State Assembly poll. Plethora of hate speeches has also rented the air; with church congregants and other social clusters in the State being fed with lies and half truths such as impeachment plots.

There are also local news commentaries and radio programs where a certain political party is being called names and branded arsonist. Apart from the Gov’s marathon meeting with the State civil servants including public school teachers three days ago, the town union PGs, traditional rulers; urban union PGs and market and certain religious leaders have also reportedly been fully mobilized and cash loaded with the State funds; running into billions; and reportedly excluding hundreds of thousands of naira already set aside for the State party agents manning each of the State’s 4,608 polling centers. Not less than N200k is reportedly set aside from state funds to each of the 4,608 polling centers in the State.

The Gov had reportedly told his party faithful days ago in a marathon meeting that “it is 30/30 or replication of 21/21 or nothing” and that “he has the State security in his pocket and cash is not a problem”. The “30/30” means grabbing all the 30 State assembly seats and the “21/21” is the Nov 2017 grabbing or declared winning by his party of all the 21 LGAs in the last Governorship Poll in the State.

The Gov and his party have faced sharp and severe criticism and isolation from the People of the State in recent months owing to (a) slowest pace of governance especially infrastructural development, (b) his siding or support to President Muhammadu Buhari, who in May 2016 ordered security forces to open fire on thousands of Igbo Heroes Day celebrants at Nkpor and Onitsha; leading to 110 deaths and over 80 injuries and (c) flooding the State with locust of life threatening hoodlums and touts who have made lives and properties unbearable, unsafe and unsecured. Gov Obiano’s party had in the 23rd Feb Poll lost seven Reps and all the three senatorial seats.

The Coalition therefore calls on the APC led Federal Government of Nigeria to call its Army Chief of Staff and the Army to order and allow Nigerians to choose their leaders irrespective of party affiliations. The Chief of Army appears to have become an outlaw and this is not good for the APC led Government of Nigeria. Owing to his unchecked excesses, he has troubled Nigeria and Nigerians than any Army Chief in the country. Already, he has plethora of war crimes and crimes against humanity in his hands, yet he is still going about conducting himself in unchecked and uncontrolled manners and circumstances.

The Federal Government must demilitarize the tomorrow’s poll and freely test its popularity or otherwise in the polling centers irrespective of geopolitical zones and where its popularity is credibly rejected, so be it and let it serve as sober reflection of the reasons behind such rejection. In Lagos State, former Gov Bola Tinubu and his loyalists must stop threatening and inducing Igbo voters and independent others. The way and manner the named are going about it can bounce back with calamitous consequences in no distance time.

Gov Obiano of Anambra State must also allow Anambra voters free hand to choose who represents them in the State Assembly and avoid inducing, threatening, harassing or victimizing them particularly members of the State Civil Service. The Coalition and its partners have already spread their tentacles across the State to monitor and observe the poll and its fallout and shall respond accordingly in case if anything untoward happened.

Also the people’s votes and free voting center accessibility must be the end product of the tomorrow’s governorship and state assembly poll in the two Southeast States of Imo and Abia State and the South-south States of Delta, Rivers, Akwa Ibom, Bayelsa (state assembly) and Cross River.

For: Southeast Based Coalition of Human Rights & Democracy Organizations (SBCHROs)