Buhari’s 2nd Term Victory: Opportunity To Set Nigeria On The Path Of Unity, Conciliation and Progress – Adamu Mutairu (a.k.a Etsako) 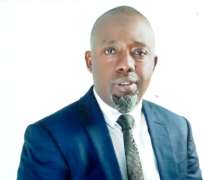 Port Harcourt based oil and gas business magnate, and MD/CEO of SASU OIL LIMITED Mr. Adamu Mutairu has called on President Muhammadu Buhari to ride on the back of his second term victory as an opportunity to reconcile the various tendencies in the land and put Nigeria on the path of peace, unity, economic prosperity, and all-round development.

Speaking during a capacity building workshop organized by Sasu Oil Limited for youths of the Niger Delta in Port Harcourt as part of the companyé corporate social responsibilty (CSR), Mr Mutairu, popularly known as Etsako and also the Founder of Abbas Khalid Foundation, a philantropic organization noted that the President’s victory speech was vividly conciliatory, which according to him is a very good thing for a start, even as he noted that that the second term will enable the Muhammadu Buhari administration to consolidate on his achievements in the four critical areas of anti-corruption war, bolstering the economy, security, and job creation, with the last manifesto quite important as it is targeted at the youths and the poor.

He further reflected that right from independence, our joint endeavors in transforming the nation into a functioning democracy, entrenching unity, spreading opportunity, seeking equity and cultivating national reconciliation have frequently appeared unachievable. This transition according to him is another opportunity to incline ourselves to a new direction, new frontiers and open new vistas of tolerance and new paths of prosperity for our dear country”.

He expressed disappointment that the voting pattern in this election clearly demonstrated the profound and deep-seated divisions tormenting the nation; considering that Buhari literally won in the North, where he is exceptionally worshipped, while Atiku won liberally in the South and parts of the North-Central. “In any case, Nigerians have spoken with their votes and only a competent court of justice can overturn this, we have to accept this result by the umpire (INEC) or better still seek justice in the most appropriate means devoid of violence and unlawful acts and provocations.

“As a businessman, I am also concerned about the implication of our reactions to this election on our businesses and the economy at large. If we continue to raise so much post-election dust without following the recommended routes of justice, we might have to scare away potential foreign investors, slow down the economy and worsen the economic woes of the country” he said.

Mutairu noted that for him and a whole lot of other patriotic Nigerians who think Nigeria first, it is time for us to come together as a nation, irrespective of our religious, sectoral, partisan or ethnic differences and jointly helps to steer this ship of state on the path of progress.

For our successful second term President, the time to fully embrace reforms and render a listening ear is now to enhance his popularity ratings and our dear country. It is also a huge opportunity for the President to actually carry out the dividend of democracy and portray himself as the true custodian of the nation and take us like they have professed to “The Next Level”. Nigeria they say is at a crossroad, however, the direction it takes under Mr. President this second term will have a massive baring not only on the future of the nation but also on the future of our children yet unborn.

“One thing we expect from Mr President on this his second term in office is to carry Nigerians along in the implementation of their activities. Talk to your citizens to know where we are, where we are going to, direction of your policies, possible potentials, inherent challenges and so on and so forth. It is also time to drop partisan politics and Think Nigeria First”, he concludes.