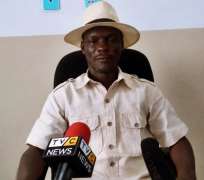 Barely 48 hours to the governorship and State House of Assembly elections, an environmental activist, Comrade Sheriff Mulade, has called on Deltans to vote tested and trusted Candidates who would deliver on the mandate of the masses.

The renowned environmental activist tasked Deltans to be peace abiding before, during and after the election, stressing that they should vote for candidates that will deliver on their mandates, rather than putting instrest in political parties that are mere platforms for contesting elections.

Mulade, who is the National Coordinator, Center for Peace and Environmental Justice, CEPEJ, charged Nigerians to vote for candidates that would commit themselves in their various States to achieving economic, infrastructural and human capital developments which, according to him, are lacking in many Nigerian states.

The Delta-born peace advocate gave the charge at a round table parley with journalists in Lagos on the state of the nation and the March 9 2019 elections. He noted that democratic dividends are yet to reflect in the lives of Nigerians as over fifty percent of the populace live below one dollar per day.

He added that democracy has become a gorgeously dressed anathema with a few persons benefiting from the instituted democratic practice, while to a large proportion of the populace who really need attention, democracy is a dry bone.

He said governance should not be contrary to the people’s expectations as democracy must be the bedrock through which millions of Nigerians should be liberated from poverty and want.

He wondered why most people complain and criticise government’ if democracy is profitable. He called for protection for the ordinary Nigerian on the street, especially the increasing number of beggers, most of whom resort to begging because they are jobless.

Comrade Mulade said his desire was to see the electorate vote for the candidates who have the interest of the masses at heart. He stressed the need for improvement in the area of job creation, infrastructural and human capital development in many states of the Federation particularly my State Delta inclusive.

He urged Nigerians particularly the electorate to come out en-mass and vote for credible and dependable candidates of their choice and not political parties.

Comrade Mulade asserted that the 2019 governorship and House of Assembly elections would afford the electorate the opportunities to enthrone good governance by ensuring that only credible persons with proven leadership qualities are voted into public offices.

The Peace Advocate noted that the electorate have the opportunity to rescue and save our democracy from power drunk, selfish and greedy politicians with the sydrom of sit tied who put themselves forward to be elected”.

“Rather than voting for a candidate for the sake of a political party, Comrade Mulade urged voters to think about electing persons who will understand, promote and design implementable policies and programmes that showcase the candidate’s knowledge of the people and their needs for sustenance.

He strongly advised the electorate especially the youths not to get involved in any form of electoral violence such as ballot box snatching, hijacking, fighting etc before, during and after the elections.