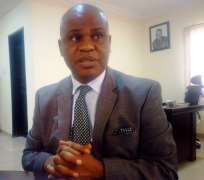 A Civil Society Organisation in Nigeria under the auspices of Lawyers Alert has expressed worry that a large number of patients were detained in hospitals across the country for their inability to pay medical bills after receiving treatment.

The President of Lawyers Alert, Barr. Rommy Mom described such situation as unfortunate. He frowned that such people should not have been detained or subjected to another traumatic experience because of their poor financial condition.

He said this at a meeting on Sexual and Reproduction Health and Rights (SRHR) which was organised by Lawyers Alert in Abuja. Members of Civil Society Organizations drawn from different parts of the country attended the meeting which was aimed at building a movement for SRHR in Nigeria.

Some of the civil society activists who also spoke at the meeting narrated their experience on the manner hospitals detain patients who could not pay medical bills after receiving treatment. They demanded that such act must be curtailed.

The President of Lawyers Alert told them that LA is aware of the worrisome development and that the organization has approached the court on the matter to stop it.

His words "At the National Hospital Abuja, patients who received treatment and could not pay their medical bills were detained. Such situation is happening in many hospital in other parts of the country. We have approached the court to determine if hospitals have right to detain such patients. We shall stop it".

He said Lawyers Alert is also in court to compel the federal government to implement the non discrimination law in the public and private sector, against persons living with Acquired immunodeficiency syndrome (AIDS), a chronic, potentially life-threatening condition caused by the human immunodeficiency virus (HIV),

Barr. Rommy Mom explained that the law was passed in 2014 and that it mandates the Minister of Justice and Attorney General of the Federation to ensure that work places have HIV/AIDS policies to protect workers that are HIV positive.

"The law says employers of labour must not discriminate against persons living with HIV/AIDS. The non discrimination Act says AGF must ensure that employers of labour in public and private sector in Nigeria have the policy within three months so as to protect workers that are infected", Barr. Rommy Mom said.

He said the HIV/AIDS non discrimination Act that was passed into law in Nigeria five years ago was not implemented and that Lawyers Alert wants the court to compel the Minister of Justice and Attorney General of the Federation, Abubakar Malami to ensure full implementation and total adherence to the law.

Barr. Rommy Mom lamented that majority of workers that are HIV positive are facing all forms of discrimination and stigmatization in their places of work.