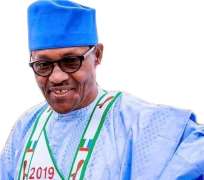 PDP in the face of being defeated in the state in the Saturday March 9 election said: "we urge the President not to get involved in sinister contrivances by working to use his office as President, to scheme and manipulate the electoral process.

"We say this because of the March 9, 2019 Governorship and State House of Assembly elections, as we have it on good authority that Buhari’s trip is not altruistic, and has nothing to do with the good and progress of Delta State.

"Already, the entire Delta State is abuzz with claims and insinuations and it is being openly said that the President and indeed the whole gamut of well known election manipulators and hatchet men in the national APC leadership, are visiting Delta State ostensibly to perfect an APC rigging plan and subvert the electoral process and the ultimate democratic decisions of Deltans who have sworn to return Governor Ifeanyi Okowa for a well deserved second term and vote for all the PDP candidates in the March 9, 2019 State Assembly elections.

"It is indeed a thing of shame that President Buhari will ignore other very important and urgent State matters to come to Warri to be at the head of a despicable scheme to manipulate and swing votes in favour of the unpopular APC and its candidates.

In a press statment made available to newsmen Monday in Asaba by the party's Publicity Secretary, Mike Osuoza, the party said: "We also decry the shameful, slimy drive of Buhari and his detestable mission to use the power of State to secretly get the various agencies of the Federal Government, namely, the Independent National Electoral Commission (INEC), the police, the military and other security agencies to intimidate and harass PDP supporters, voters and subvert their democratic will and foist on the State an unpopular APC and its candidate.

But available information has it that the Vice President Prof Yemi Osinbajo, represented Buhari.