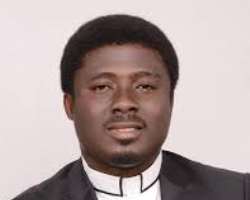 Ahead of Saturday’s Governorship and Houses of Assembly elections across the country, the Spiritual Director, Holy Ghost Adoration Ministry, Uke, Anambra State, Nigeria, Rev. Fr. Emmanuel Obimma, popularly known as Fr. Ebube Muonso has asked youths and Nigerians at large to shun maiming and killing of innocent citizens in the name of Election victory since it is not worth it.

Fr Ebube Muonso who spoke during the first Sunday of the Month anointing service at the Blessed Iwene Tansi Catholic Church Umudioka, Dunukofia Local Government Area of Anambra State, frowned at the reported killing of 35 persons by the Civil Liberties Organization (CLO) in the last Presidential election across the federation and appealed to Nigerians to vote and not fight during the election on the candidates of their choice.

He warned voters not to engage in any form of electoral offenses but to ensure the processes of electing new leaders are hitch free, even as he begged Nigerians to stop showing apathy but join hands in making the election a success.

Meanwhile, Fr. Ebube Muonso had earlier said that the recent election postponement is a blessing in disguise, even as he encouraged electorates to come out enmass and peacefully vote for the candidates of their choice on Saturday, lamenting that the number of deaths in 2019 General elections which is 35 was more than the 12 deaths recorded during the 2015 elections in the country.

Rev. Fr. Obimma said: ‘’2019 general elections particularly this Governorship and House of Assembly elections is a brotherly contest and not a war. We should use our votes and not guns because this isn’t war. Don’t be an object of violence but embrace orderliness and peace.

‘’I encourage the aspirants to be mindful of their language usage during campaigns and embrace issues-based campaigns as well as refrain from campaigns that will involve religious incitement or ethnic/tribal profiling.

He appealed to traditional rulers, market leaders and political party leaders to ensure they don’t continue to send youths to kill, maim and burn electoral materials just with their selfish intention of winning at all costs. He enjoined them to oppose all acts of electoral violence, whether perpetrated by supporters and/or opponents.

The Roman Catholic Clergy pleaded with Anambra state electorates to turn up on time to exercise their franchise. He condemned the killing in Kaduna and urged Government to intervene and stop the careless waste of human lives across Nigeria.