Some Lessons from 2019 Presidential Elections 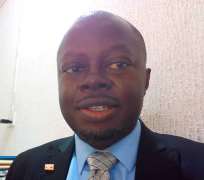 Ultimately, Nigeria's presidential and houses of assembly elections of Saturday 23rd February 2019 have produced winners and losers based on the direction of the electorate.Presedent Muhammadu Buhari of All Progressives Congress (APC) emerged the winner with a margin of close to 4 million votes to return to Aso Villa for another term of four years.He won in 19 states. His major contender, Alhaji Abubakar Atiku gave a good fight under the banner of the People's Democratic Party PDP) by polling over 11 million votes from 17 states and the Federal Capital Territory,Abuja.

Power is transient
Nobody wields power forever. The former Vice President, Alhaji Abubakar Atiku was once in power. He vacated the seat when the time was ripe. The incumbent and the winner, President,Muhammadu Buhari will also vacate the throne at the expiration of his second term.What remains the milestone is the capacity of his APC-led government to make positive impacts on the lives of Nigerian in another fours years of his now secured second term.

Power resides in the Electorate
Legitimacy of any democratic government lies with the people.The electorate used their power in the 2019 elections to vote out politicians who did not previously perform up to their expectations.Governor Abiola Ajimobi of Our State lost in his Senatorial Destrict.That is the will and power of people of that State.Senate President, Bukola Saraki also lost in Kwara State.Others abound across the geopolitical zones.

Electioneering is not a war
Elections are not supposed to be a do or die affair.Some win, some lose.It is unfortunate that some politicians will still see elections as battles.Attack a polling unit in Okota Area of Lagos to "disenfranchise" an Igbo population is a pointer to this fact. Pockets of similar political gangterism were reported in other parts of the country.Also, uttering inflammatory statements before or after the declaration of election winner(s) to whip up sentiments and incite people is unstatesmanlike.A statement reportedly credited to the former Minister of Aviation, Femi Fani-Kayode that the runner up should rather form a parallel government to the winner's is uncalled for.The country belongs to all Nigerians.Winners should be challenged to work hard(er).Losers encouraged to accept their fate and join the winners for the betterment of the country.

The umpire
No judge is perfect. Generally, the Independent National Electoral Commission (INEC) has been given a pass mark by many observers.The Commission should be proactive to make the card readers more workable.Congratulations to the chairman of the commission,Prof. Mahmoud Yakubu.More work for him at gubernatorial elections.

Game Spirit
The spirit of sportsmanship expressed by some politicians after their defeat in the last elections is good for our democracy.By congratulating his opponent who won one of the Senatorial seats in Oyo State, incumbent governor, Abiola Ajimobi of Oyo State had a expressed spirit of political sportsmanship whose exceptional version was demonstrated by the former President Goodluck Jonathan in 2015 by Congratulating President Muhammadu Buhari even before the counting of votes was concluded by INEC.

Don't underate your competitor
A lot of people, including yours sincerely, had underestimated the presidential candidate of PDP, Abubakar Atiku before the election.His victory in 17 states and the Federal Capital Territory,Abuja has now proved to the contrary.It is also a signal that the strongest opposition party,PDP is not resting in its strategy to take back the government from the ruling party.Government of PMB should find ways of cushioning effects of economic hardships to win more people to its side.

Voter Apathy
It is on record that only about 40% of registered voters actually voted.This means that election results might have been different if there was a larger turnout.Who knows?

Home is sweet
Charity begins at home.The votes President Muhamadu Buhari garnered in the North earned him the second term.

Money Vs Integrity
Thank goodness that votes for integrity surpassed votes for dollas .But interestingly, the last elections revealed that more have-nots might have voted for integrity than the haves (had done).For example, "dollar" won in the Federal Capital Territory, Abuja, categorised as elitist." Integrity" did not. However, going by the performance of Alhaji Abubakar Atiku in the 2019 presidential election,one can deduce that many Nigerians are very hungry, unemployed and are battling with economic hardship.Their expectation of economic boom is predictable.

We're all winners
Elections should serve as an opportunity for leaders in Nigeria to read the minds of the electorate and constantly go back to the drawing board.Everybody is a winner as the country has to move forward.

Prayer time:
Dear God, as we have successfully concluded the 2019 presidential and national assembly elections in our country Nigeria, we beseech You to guide and guard our elected representatives, lead them to the right direction to lead us aright.

Oh God, grant our country peace, unity and direct our leaders to be fair and just.Amen.