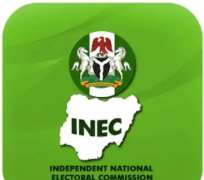 The Osun State Police Command has described the rumour that the office of the Independent National Electoral Commission in Osun State was burnt as fake news.

The police authority in the state urged the people of the state and Nigerians to disregard the information and cautioned those spreading such fake news to desist.

The Police Public Relations Officer for Osun State Police Command, Folashade Odoro said "the INEC office in Osun was not burnt. That was a fake news. The INEC office is intact and secured".

Odoro said the incident that was reported was about a misunderstanding between one INEC ad hoc staff and some youth who were angry that the ad hoc staff called them "Yahoo Yahoo" guys.

Agbaje said the purported burning of INEC office in Oriade LG was not true. He explained that there was an incident between one of the ad hoc staff of INEC and some youths in the area and that the incident was not in connection with the election in any way.

"Some youths in the area were angry that one of our ad hoc staff called them 'Yahoo-Yahoo' boys and they attempted to attack that ad hoc staff for calling them derogatory name."

"Because they could not get the ad hoc staff, the youths damaged the generating set and some items used for the election which the ad hod staff brought back from the collation center."

"That minor incident didn't affect the conduct and the outcome of the election in the area. So, there was no incident of burning INEC office in Osun. ", Agbaje said.

The story narrated by the Police spokesman and the INEC's Osun REC was not different from the information provided by top APC and PDP stalwart in the area.