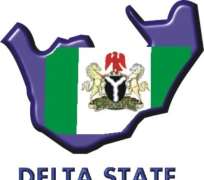 Speaking Thursday during a meeting of Tax Stakeholders in Asaba, the Director of Operations, State Board of Internal Revenue, Mr Ittawansa Paul, noted that the state government has contacted competent tax consultant to ensure taxes are paid to the right purse, pointing out that the body would do everything in its power to ensure taxes gotten from the informal sector are paid into government treasury.

While calling on members of the public to pay their tax, he said payment of tax would give the citizens the right to demand accountability from those in government.

Consultant to the State Board of Internal Revenue, Mr Chuks Iku, stated that the body has faced challenges of data collections of tax payers in the informal sector, stressing that though the state has not gotten to where it ought to be in terms of tax yet but it would be eventually get there.

“Despite being in the informal sector, some people earn a lot of money. Instead we assess the business and tax of such person based on the business” he stated.

The Coordinator of Delta State Tax Justice and Good Governance, Barr Bridget Anyafulu, disclosed that the platform seeks to ensure transparency in taxation just as she emphasized that sensitization of the public is also paramount so as to eradicate and limit the powers of illegal contractors who remit little or nothing to government.

According to Anyafulu, “In most local Governments Areas (LGA), the contractors do not enumerate what they get. Also, they only ask for a particular per cent without knowing the actual amount accrued by the contractors. Other developed countries live on tax but we live on oil, it is has to stop”.

The State Vice Chairman of Trade Union Congress (TUC), Mr Bolum Martin lauded the drive of the platform and he guaranteed the partnership of TUC to get justice in taxation matters in the state.

He emphasized that no country can operate efficiently without tax. Stating that, for years, Lagos State survived on tax when they had their allocations withheld by the Federal Government.

Others including the Vice Chairman of the Nigerian Labour Congress (NLC), in the state, Mr Tony Toki and Mrs Grace Mragbozo, who represented market women in Udu local government council, assured that they would give their support to the stakeholders to achieve their course.

“the enlightenment has helped create awareness amongst women on payment of tax. Women in Udu are more educated on taxation and we have been able to checkmate double taxation. Market women have been able to canvass for credentials of their taxes by attracting the construction of infrastructure such as toilets in the market”, Mragbozo, added.