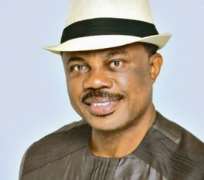 Governor of Anambra State, Chief Willie Obiano, has ordered civil servants in the state to submit their polling details to him unfailingly by the close of work today, Wednesday, February 20, 2019.

A signal to this effect intercepted on Tuesday by News Express said: “Pls submit a return on these details of staff in your school to Admin Dept PPSSC Awka zonal office as directed by the Executive Governor of Anambra state.

The signal, News Express learnt, was sent to secondary school principals throughout the state while a similar signal reportedly went out to other civil servants.

He referred to reports earlier in the day that the Obiano administration coordinated thumb-printing of ballot papers last week Friday – only for the elections scheduled for the next day to be postponed by INEC in the wee hours of the day.

Along this line, the Southeast Based Coalition of Human Rights & Democracy Organizations (SBCHROs) said yesterday in a statement issued in Onitsha, the commercial capital of Anambra: “In Anambra State, we have it on closed and good authority that ballot papers and result sheets were thumb printed and filled in different parts of the state in hidden locations including Ogbaru area of the state in the late night of last Friday few hours before the announcement of the sudden shift in the poll.

“The thumb printers were reportedly linked to the ruling party in the state in its desperation to rig in favor of Mr. President. The state has also reportedly received a promissory note of N10b from the Presidency given to it recently as part of federal road reconstruction refunds to the state; out of which half of the said sum is set aside to be squandered in vote buying for Mr. President and the State legislators contesting under its ruling party.”