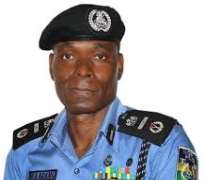 A civil rights group – HUMAN RIGHTS WRITERS ASSOCIATION OF NIGERIA (HURIWA) has condemned the acting Inspector General of Police Mohammed Adamu for abusing the constitution by illegally imposing restrictions of movement during elections as if he has the powers of law making which is the only way to exercise constitutional power of derogation from fundamental rights at emergencies.

In a statement by the National Coordinator Comrade Emmanuel Onwubiko, the pro-democracy organization – HUMAN RIGHTS WRITERS ASSOCIATION OF NIGERIA (HURIWA) stated that in civilized climes, people are allowed to go about their lawful duties and enjoy their right to liberty and freedom of movement as long as they do not impede the conduct of the elections.

HURIWA said the age long military style restrictions of movement during elections was responsible for the outlook of elections as war situations just as it stated that even under section 45 (1) of the constitution which allows for derogation of enjoyment of some rights under chapter 4, there are clear legal steps to be adopted even as the Police Inspector General is not permitted to suo moto declare national emergency because he is ceased of the legislative powers of law making which is the only way to actualise section 45(1).

(a) in the interest of defence, public safety, public order, public morality or public health; or (b) for the purpose of protecting the rights and freedom or other persons

(3) In this section, a " period of emergency" means any period during which there is in force a Proclamation of a state of emergency declared by the President in exercise of the powers conferred on him under section 305 of this Constitution.

The restrictions by the Nigerian Police Force, through an Order by the Inspector General of Police contravenes the Section 45 of The 1999 Constitution (as amended) ; -limits freedoms, as in all cases are where they impinge on the rights of others, or where they put the welfare of the society or public health in jeopardy. The law's role is to ensure the fullness of liberty when there is no danger to public interest. The courts are the institutions society has agreed to invest with the responsibility of balancing conflicting interests in a way to ensure the fullness of liberty without destroying the existence and stability of society.

See Article 12 of International Covenant Civil and Political Rights states that expressly cites the contravention of Restrictions to Movement during Elections.

1. The right to freedom of movement during elections is essential that all those participating in the electoral process- are able to move without restrictions from the police or any other security agency or apparatus. Without fear or intimidation should have access to electoral events related like venues (e.g. Voter registration, political rallies, polling stations).This applies not only to members of political organizations and their supporters, but also to voter's and the general population.

Where voters can travel freely to cast their votes on the polling day.

Where any measures taken against any candidate, members of a political parties or voters or others subjected to pressure or threats or aggression designed to limit or prevent their right to freedom of movement.

Exceptions;
Restrictions are permitted only if provided by law and insofar as these are necessary to protect National security, public order, public health or morals or rights and freedoms of others.”

HURIWA has therefore asked Nigerians to challenge the illegal declaration of restrictions in the courts of competent jurisdiction.