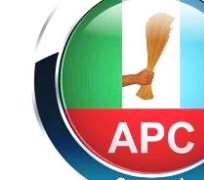 Ahead of next Saturday's presidential election, the All Progressives Congress has released the name of Youths and Women Directorate for the party's Women and Youth Presidential Campaign Team.

The team which comprises members from the 36 states of the federation has as its Director Wole Aboderin while Prince Odinaka Ohaekelem as Deputy Director(Youth).

Others are Hajia Hassana as Deputy Director (Women) and Barr. Oscar Obi as its Secretary. Meanwhile, Abubakar Maikudi was named the North Cordinator while Mrs Asuama Sydney was named South Cordinator.