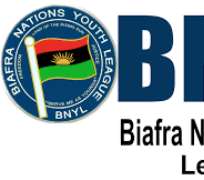 Biafra Nations Youth League, BNYL has accused the federal government of appointing positions by sentiments, Fidelis Obimkpe, one of the leaders of BNYL made this assertion at the group General Assembly held in Calabar yesterday February 6 2019.

Obimkpe in a video released by the group faulted the removal of CJN Walter Onnoghen adding that the marginalization of the people of the South South and South East gave birth to renewed struggle for Biafra.

Meanwhile, BNYL has rejected election boycott in the region. In a communique released by the National Leader of BNYL, Princewill Chimezie Richard in the video displayed, BNYL said that it will not support anything that will not record %100 compliance.

It also stated that it has adopted a resolution of the group named after the Ejagham town of Ekukunela in Ikom, Cross River State where a National Leadership Congress was held on 12 April 2016. BNYL said the Ekukunela DECLARATION has been adopted and would form the major guideline of the group.