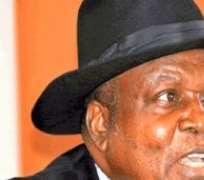 The police  confirmed on Thursday the kidnap of Hassan Mijinyawa, the Chief Press Secretary to Taraba State Governor, Darius Ishaku.

Mijinyawawas kidnapped by unknown persons on Wednesday morning while on his way to Gembu along Bali-Gashaka expressway in the state.

Speaking with newsmen in Jalingo, the state capital, the Commissioner of Police in the state, David Akinremi, said Mijinyawa was on his way to join Governor Ishaku who was on a campaign tour of the area for his re-election.

He, however, assured that police personnel have been deployed in the area for a search and rescue of the victim.

Also confirming the incident, the wife of the abducted CPS, Sekina Mijinyawa, revealed that her husband's abductors have contacted her and demanded a sum of N100 million ransom for his release.