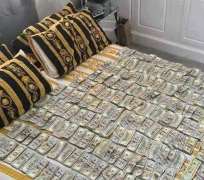 A young damsel suspected to have been used by yahoo boys for money rituals went insane soon after the suspected G-boys dropped her.

The Nigerian Voice reliably gathered that the young girl as soon as she was dropped off from the Venza car, the occupant, zoomed off immediately while the victim instantaneously went mad, removing her clothe from her body in broad day light.

It was also gathered that her underwear has been removed from her before she was dropped off, indicating the activities of yahoo plus boys who are desperate to get rich at all cost.

It took frantic efforts by sympathizers who rally round her to cover her nakedness before taking her to an unknown destination.