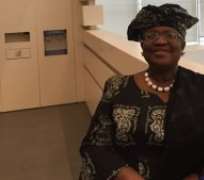 Nigeria's former Minister of Finance, Prof. Ngozi Okonjo-Iweala has renewed her interest in vying for the post of World Bank's President.

Okonjo-Iweala, in an interview with Richard Quest on Cable News Network (CNN), disclosed this yesterday in Davos, Switzerland.

She said: “I know that, because I contested the last time in 2012, and many people were asking that question. It is a shareholder's decision and they have to decide how they want it. Someone has to nominate.

“If the right person were to nominate, and if the circumstances are right and people feel I can do the job, yes!”

When asked if she has declared interest, she said: “No I have not declared my candidacy, you asked a hypothetical question and I answered it fairly. I'm very happy right now, and I just want you to know that I'm enjoying life for a change for a portfolio of what I like.”

She was also the first female black candidate to contest for the presidency of the World Bank Group in 2012.

During her time as a Minister of Finance, she spearheaded negotiations with the Paris Club of creditors that led to the wiping out of $30billion Nigeria's debt.

Okonjo-Iweala started out as an intern in World Bank Group.

After graduation, she returned to World Bank Group and worked for many years as a development economist. She held the post of Corporate Secretary and Vice President.