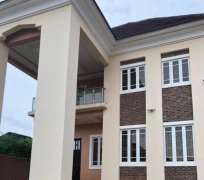 The leader of the Inspector General of Police Special Intelligence Response Team (IRT), Mr Abba Kyari has said that Mrs Gift Ezenwa, the wife of a notorious kidnapper that was killed last year, Collins Ezenwa was using cheap blackmail to attempt to dent the image of his squad because he rejected the offer of settlement on the assets of her late kidnap kingpin husband.

Kyari told The Nigerian Voice that he and his squad have nothing to do with a private account carrying names of certain people from the South-East which was flaunted by the wife of the kidnapper.

He explained that Ezenwa's widow was telling lies on the whole issue and that she was employing blackmail because his team refused to negotiate with her for settlement which she offered.

Kyari stated further "The family of the kidnapper were begging to settle with us but we refused. Then, they vowed to spend money to spoil our names as all their efforts to transfer the case out of our office failed."

"They now went to a small media outfit who are not ready to verify the authenticity of the stories from the Kidnapper’s wife who jumped bail given to her because of her small baby and currently on the run. She is vowing to enjoy the proceeds of the crime of her her late husband as if there is no laws in this Country." Kyari insists that an online news platform that linked his name to some fictitious bank accounts bearing names of people from South East did not do proper investigation on the blackmail story before publishing same.

"I have never seen those accounts and the medium will tell the court Why they are linking me to account I don’t know of."

"Moreover, all the exhibits including the 13 houses and 13 vehicles and the 100 million naira cash we froze in the late Kidnap kingpin’s bank account through court order are intact as motion for the forfeiture of the properties and money frozen in the bank account to the Federal Government are before Owerri High Court."

Kyari said he has nothing to hide and that any individual or organization that may be interested in the matter could investigate to unveil the truth.