Teleology pulls out of 9mobile over soured relationship with Nigerian partners 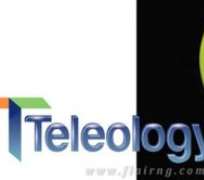 Teleology Holdings has expressed its dissatisfaction over the business relationship with 9mobile Nigeria, and has decided to pull out of the project.

Teleology acquired 9mobile  in November 2018 — about eight months after it made an initial $500million non-refundable deposit to acquire the telco, and a cumulative 10 months after the takeover was billed to have been finalised.

Etisalat Nigerian was renamed 9Mobile after the former technical partners left creditor banks sought  to take over the business as a result of defaulting in the servicing of a syndicated loan of $1.2billion owed a consortium of 13 Nigerian banks.

In the aftermath, its erstwhile technical partners Etisalat exited the business and requested that the use of the 'Etisalat' brand name by the company be discontinued forthwith.

Teleology Holdings' successful bid for 9mobile was due largely to the quality of its proposed seven-man management team led by Wood, and was approved by the NCC Technical Evaluation Committee, the 13-member bank lending syndicate as well as the acquisition finance provider, Afreximbank.

According to a Sahara Reporters,  Teleology Holdings has become increasingly uncomfortable with actions taken outside of the agreed business plan, since takeover, most important of which is how it has been blocked from concluding a management services contract with the local joint venture, Teleology Nigeria Limited.

The management services contract would have enabled Teleology Holdings and its team of experts oversee the implementation of the its elaborate business plans including funding proposals — but that so far been impossible.

Wood is understood to have resigned from the boards of Emerging Markets Telecommunication Services (trading as 9mobile) as well as Teleology Nigeria Limited, and has already communicated his current disenchantment with the 9Mobile project to his confidants in Teleology.

“Fifteen Teleology experts have worked since June 2017 on detailed 9mobile turnaround planning, development strategies and financial restructuring,” one quoted him as saying on Monday.

“This included lining up more than US$500 million fresh direct foreign investment from international institutions. 9mobile is an exciting opportunity to build a revolutionary mobile network that could be the pride of Nigeria. Unfortunately, it appears that we will not be able to participate. We now must stand down from further work on the 9mobile project.”

Teleology Holdings Ltd will be seeking to exit its shareholding in the local joint venture Teleology Nigeria Limited, which will be required to change its name. The development may further compound the woes of the struggling 9mobile operation.

In a pre-disconnection notice advertised by the Nigerian Communications Commission (NCC)) on December 18, HIS, the infrastructure services provider which hosts majority of 9mobile's base stations, was granted permission to disconnect 9mobile and other debtor telecom operators within a 10-day ultimatum, ostensibly on account of 9mobile's indebtedness. Should this disconnection take place,  subscribers on 9mobile's network would have been effectively shut out completely from the telecommunications network and would be unable to make or receive calls.

9Mobile has been at the receiving end of considerable customer attrition since its financial troubles became public in 2017.

From more than 22million customers in its heyday in October 2016, for instance, the network had just a little over 15million active subscribers in November 2018, according to NCC data, and has consistently lost customers with each passing month.

“Saving the company from a foreclosure together with its implications on job loss and possibly the stability of the larger telecom industry necessitated the intervention of the duo of the CBN and the NCC in what was supposed to be a guided liquidation of the company, but which now increasingly appears to be an imbroglio,” a 9Monile employee lamented.