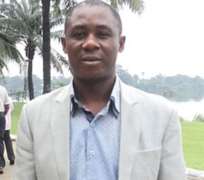 The Movement for the Survival of the Ogoni People (MOSOP) has called for greater commitment to self determination and freedom on the part of the Ogoni people.

Newly elected president of MOSOP, Fegalo Nsuke, made the call in Bori in a Christmas message to the Ogoni people. Nsuke urged the Ogoni people to stand firm to demand their rights and to protect the very costly Ogoni struggle.

He also called on the Nigerian government to respect the rights of citizens and end the discrimination against the Ogoni people. Nsuke blamed the protracted Ogoni conflict on Nigeria's penchant to exterminate Ogoni civil rights advocates rather than negotiating a solution to the problem.

On the cleanup of Ogoniland Nsuke said the present arrangement is largely deceptive and have already shown clear indications of failure. "The present approach to implementing the Ogoni cleanup is faulty and will fail as the basic and foundational structures which should support the implementation and make it a success are not being followed" he said.

He noted that the provision of water for the Ogoni people and the establishment of the Integrated Soil Management Center are fundamental for the success of the cleanup process. Nsuke rejected the desperation of HYPREP to award cleanup contracts ahead of the 2019 elections noting that HYPREP has seriously compromised the integrity of the

process.
"UNEP had recommended water provision because they knew that the cleanup will involve a lot of excavations and that will pollute all the waters in Ogoni. Secondly, the massive wastes from the sites will need to be managed because you cannot hip them in the communities to cause more problems. And so building the Integrated Soil Management Center and providing water for the Ogoni people are essential for the success of the program" Nsuke said.

"What HYPREP and the government are trying to do is to see how they can spend the cleanup funds ahead of the 2019 elections and not about a diligent commitment to implement the UNEP report on Ogoniland" he said.