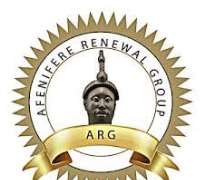 The group also accused All Progressives Congress chieftain, Asiwaju Bola Tinubu, of being behind the “fake” endorsement of Buhari.

A newspaper had reported on Friday that some Afenifere chieftains, led by Senator Ayo Fasanmi, endorsed Buhari at a gathering in Ibadan on Thursday.

Speaking with our correspondent on Friday, however, the spokesman for Afenifere, Mr. Yinka Odumakin, said it was “unfortunate” that Tinubu, who had discredited Afenifere, could organise such a charade.

He said most of the people at the gathering where Buhari was endorsed were strangers to the group.

Odumakin said the “renegade” group was only taking advantage of Senator Fasanmi who was advanced in age.

The Afenifere, Odumakin said, “That is a fake Afenifere group powered by Bola Ahmed Tinubu. If you look at the names of the people at that particular group, the only person that was once with us is Senator Fasanmi and we believe they are just using him.

“The masquerade behind this entire show is Bola Tinubu, who has plenty of money. Why is he hiding under Afenifere? Haven’t he and his people been disparaging Afenifere? Why has Afenifere suddenly become attractive to them?

“When Afenifere was fighting for the rights of Yoruba people attacked by herdsmen in Ile-Ife and in Akure, where was Bola Tinubu? Suddenly, he remembers Afenifere because elections are here.

“Let Tinubu come and meet us directly. Why is he hiding and using our name?”

Odumakin said Afenifere had said many times that it would only be supporting a candidate who supports restructuring, especially true federalism.

He said the endorsement would be announced after a meeting with other socio-cultural groups such as Ohanaeze NdIgbo and the Northern Elders Forum.

The Afenifere spokesman said, “We are for restructuring. And when it is time to endorse a candidate, it will be a joint decision with Pan-Niger Delta Forum, Ohanaeze, Middle Belt Forum and the Northern Elders Forum.”