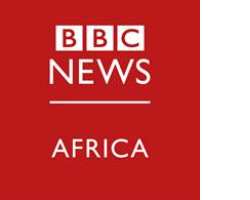 You can watch the first two here - https://www.youtube.com/playlist?list=PLajyiGz4JeyPh_U4q_aEg6NJH6-ID9us5 . With two more coming up in the next two Fridays on BBC News Africa online .

This first edition is an interview with Cherrie: a Scandinavian RnB star with Somali roots – she was was born in Norway to Somali parents and raised in Sweden. Quotes include her saying “a lot of Somali parents in Europe, in America in the diaspora aren’t that happy to be here really and truly. I think they’re happy for us, but they know what they had to leave behind’

She also says she’s felt a sense of ‘uncertainty’ about her identity, having never visited Somalia.

The latest edition is an interview with Opal Tometi the Co-Founder of Black Lives Matter – in which she questions if the movement has made enough progress in reducing the number of black people being killed by police. She also says that she wants to live and work in Nigeria one day.

On Fri Dec 21st - Hussien Suleiman the Co-Founder of Daily Paper will be featured – he will talk about growing up in Amsterdam.

Fri Dec 28th - Jay Ajayi , player for the Philadelphia Eagles- in which he talks about the popularity of African culture.

Any further that would be helpful, including interview requests for the presenter or images, please e-mail [email protected]