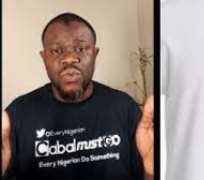 Following our article series on the plight of the people of the northeast in the hands of Boko Haram and the Nigerian military, we have begun to receive a plethora of messages from the affected peoples.

Below are messages from two such individuals whose names we keep concealed for their safety.

Comment 1:
"Maiduguri residents that farm outside Maiduguri (note that nobody is allowed farm two kilometers away from Maiduguri) when the harvesting period comes, the farmers were ordered by the militaries to harvest all their farms product within two weeks. When this period end, nobody will be allowed to go to farm again, the remaining will be left for the soldiers to harvest and take for themselves.

"Even the IDPs that don't want to go to their homes is because even when they return, they will be kept in a camp rather than living in their so-called rebuild houses. They have nothing to do, all the farming and business activities were carried out by the soldiers. I beg you to hide my identity for telling you the truth. Thank you😭😭😭"

Comment 2:
"Dr, it is not only officers that are in into marketing in Maiduguri, bit all military men are into it. Just visit Maiduguri and see how soldiers are depositing money in banks. They are too careless looking for money than doing the security job that's why they are always overpowered. When they have cables watching the world, listening to music, taking prostitutes to the war front and the careless attitude. They are not even on defensive less talk about offensive. They need to change totally their strategy otherwise BH will continuously harass them and cart away with our weapons."

-End-
Something must be done and done fast to end this double tragedy. A great people are being diminished and lost for ever!