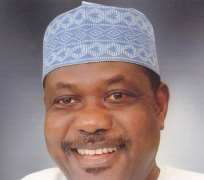 Esau came from the field, and he was faint : And Esau said to Jacob, feed me with that same red pottage (stew); for I am faint (Genesis 25: 29-30). Knowing the character of his brother, Jacob replied: Sell me this birthright (25:31). Esau had no interest in spiritual things so he agreed, saying: I am at a point to die by missing one meal but he revealed how worthless he considered his birthright..” Jacob and Esau Story ( www.biblestudytools.com )

The above narration is drawn from a popular bible story from Genesis where an elder brother recklessly sold his birthright just for a pot of red stew- his churning stomach betrayed him.

We are told of how Jacob bought Esau’s birthright with a bowl of soup and even though the exchange seemed superficial, the transaction latter manifested when Isaac their father gave Jacob, Esau’s blessing.

Whether we are Christians or unbelievers the bible and its stories carry instructive tales specially planted to teach us morals and also reshape our society.

The story of Jacob and Esau may come in handy for the people of Benue today as recent dance steps of political leaders in the state have shown that they may be (if they haven’t finished transactions) selling their birthright to Jacob for political relevance and personal entitlements.

Only last week the media was inundated with news of a high powered visit led by the leader of the All Progressives Congress (APC) in the state Sen. George Akume to the President in Aso Rock.

The meeting which had drawn politicians of the APC from the three senatorial districts, discussed amongst many other things a burning issue of violence in the state and specifically Fulani attacks on innocent Benue farmers, particularly bothering on the controversial but beneficial Anti-Open Grazing Law enacted in the state.

As was expected the leader of the party was supposed to present a Benue front and agenda, and as supposed the desire for every Benue person was to hear “the leader” table the issue of incessant attacks on Benue people by blood thirsty Fulani herdsmen. Alas Akume presented the APC agenda!

For many followers of the event this was the day Benue sold its proverbial birthright to the Fulani herdsmen. Benue read on the pages of newspapers, online platforms and even watched on television as Senator George Akume in a widely broadcasted press conference, vilified and condemned the Benue people accusing them of being bloodsuckers and trouble makers.

Akume in no attempt to coat his language, told the world that the Fulani man who had come and in an attempt to usurp and overrun the Benue farmers heritage, killed, maimed and raped the defenseless owners of the land was the victim.

He specifically led a team of erstwhile acclaimed patriots including a Paul Unongo who had vowed to raise an army of 10000 Tiv youth to fight the marauding Fulani’s, to say the Benue people were trouble makers.

It was heart wrenching to watch Akume and his co-travellers decimate the anti-grazing law set by the state government and before today hailed by the same two-mouthed Akume, while trying to sooth the nerves of the presidency all for bowl of red stew - political relevance.

Esau and his group did not only proverbially sell their birth right but they openly gave out their birthright literally when they endorsed the call for reopening of grazing routes which are supposed to pass through Benue lands. Without remembering that land is the only heritage a farmer bequeaths to his offspring, the APC leadership like Esau were faint and so exchanged their heritage for support from the presidency. What a Shame!

It is however not suprising because they had openly shown signs of selling same when they commissioned a common folk singer to mock the hundreds killed in the Fulani pogrom in a song popularized by them. The group has decided to make a mockery of the dead and dance on their graves even in the song where they mock the Benue sate governor for complaining over the death of his people.

As the macabre dance persists it is however left for the Benue people who have Permanent Voters Cards (PVCs) and their destinies in their thumbs to allow their birthright like Esau be traded for red stew or reject the juicy offer and take their fate and destinies in their hands.