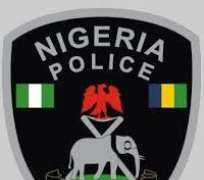 The killers of Elizino Joshualia Ogege, a student of Mass Communication, Delta State University (DELSU), Abraka campus, may soon meet their waterloo, as police from the state command are already on their trail.

In a press release made available to newsmen Wednesday in Asaba by the Police image maker, DSP Andrew Aniamaka, the Commissioner of Police, Muhammad Mustafa, vowed that the “Command will leave no stone unturned towards ensuring that all the persons connected to the crime are arrested and prosecuted accordingly”.

While noting that some of the major suspects connected to the crime has been arrested and is assisting the Police with their investigation, the CP calls on the members of the public to avail the Command with credible information that would lead to the arrest of other actors in the crime.

Meanwhile, the Commissioner of Police, has commiserated with the family of the DELSU student, one Elizino Joshualia Ogege who was gruesomely murdered by persons suspected to be ritual killers.

The female student, Elozino Joshualia Ogege, 22 years of age, is a 300 level student of Mass Communication, of the Delta State University (DELSU), Abraka who was earlier reported missing on November 15th 2018 at Abraka Police Station was in the early hours of Sunday, November 18th 2018 found dead in a bush at the outskirts of Abraka, axis of the state.