The Mother Tongue And The Murdered Tongue: Two Sides Of The Same Coin 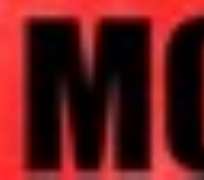 This article will move from the end to the beginning in the interest of those who could get bored by linguistic jargon. So straight to business! Language is not just a means of communication; it is a carrier of identity and culture. So, Dear Nigerians who and whose children speak and probably can only speak English, what culture and tradition do they pick along with this choice of language? The problem that comes with the question posed is what I call linguistic hybridism; the phenomenon of speaking a language you do not understand its culture and living in a cultural environment that you do not speak or appreciate its language.

Gradually, many young Nigerians are losing touch with their cultural heritage which is reserved in our languages. Anyone with my cultural background and interest as a Yoruba will miss the age when parents would start their conversation with you and the first five to ten sentences would be proverbs. We children would have immediately understood the nature of the discussion even if we would not know yet what exactly we had done. Proverbs are the vehicle of thought; when the truth is elusive, it is proverbs we employ to elicit it (Fakoya, 2007).

Mother tongue or first language is the language that a child acquires first. In the Nigeria sociolinguistic situation, mother tongue used to be any of the indigenous languages that a child acquires first and English has always had the status of second or official language. The reality of today is however that English is the mother tongue for many Nigerians and the indigenous languages is either the second tongue or tongue not at all understood. My argument is that: WHEN YOU MURDER YOUR INDIGENOUS LANGUAGE IN THE INTEREST OF A FOREIGN LANGUAGE (ENGLISH) FOR WHATEVER REASON, YOU ARE MOST LIKELY GOING TO COMMIT A TWO WAY MURDER: the murder of your indigenous language and your heritage and the murder of the other language (English) which you can never speak with its cultural flavor.

It is not a hidden truth that Nigerians performed better in English examination from the 60s till the 90s when English was the language of school and our different languages were spoken at home. The intellect of young people was better sharpened as they spoke the different languages of their environments which enabled them to relate well with their sociocultural realities.

Dear Nigerians, empirical studies have established that speaking one’s indigenous language in a country like Nigeria does more good than bad to students’ academic sojourn and general exposure to life. This writer acknowledges the importance of English as the language of upward mobility in Nigeria but maintains that a simultaneous exposure to the indigenous language and the English language is the most intelligent decision parents can take on the linguistic exposure of their children in a country like Nigeria.

Reference
Fakoya, A. (2007) Sexually-grounded proverbs and discourse relevance from Yoruba language. Towards the understanding of discourse strategy, OOU Press, 197-222.

Ganiu Abisoye Bamgbose (GAB) is a Doctoral Candidate of English, University of Ibadan