How Responsible Are You As A Father? 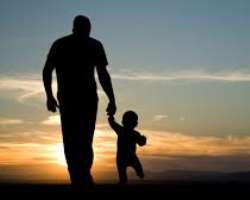 It breaks my heart when I see children living like orphans while their fathers are alive.

Sigmund Freud said that the strongest need in childhood was for a father’s protection. This may sound controversial to some but science has proven it to be true. Countless studies show the importance of the father’s role in early childhood and it is now considered to be an important factor in a child’s overall social competence, social initiative, social maturity and the capacity to relate to others. Every child needs an involved and loving father.

My strong desire is to prove to myself and everyone else that I am a responsible father. That struggle loads my work and family life with mixed feeling and stress. However, I am happy that I am enjoying and sharing responsibility for raising my children with my ever supportive wife.

Studies have proved that a father’s early involvement in caring for children helps with marital stability and is even associated with marital satisfaction in midlife, making it more likely that the couple will still be happily married 10 or 20 years after the birth of their first child. This data provides the scientific evidence for us to seek greater involvement of fathers and more shared responsibility in raising young children.

Fathering comes with responsibilities and whether you became a father intentionally or accidentally, you must fulfil your responsibilities. A father has a responsibility to love, guide, advise and support his child morally and financially. Some men claim to be proud fathers but they do not want to fulfil their responsibilities towards their children.

Fathers provide both physical and psychological support and this can even be seen in the animal kingdom. Consider a penguin family. The emperor penguin, who is the father, takes responsibility for keeping the eggs warm throughout the freezing winter months when the female, whose nutritional level may be depleted after laying eggs, goes to the deep sea for up to two months.

Some men claim to be proud fathers but they do not want to fulfil their responsibilities towards their children. For some, the only thing their children have ever gotten from them is the surname.

Some boast of having many or grown-up children, while the only role they played in these children’s lives was just fathering them. They cannot even recognise the children they boast of having if they meet them on the street.

I feel pity when I hear or read of a child looking for his lost father. Men should be the ones looking for their children instead. Some children do not even have birth certificates because their fathers do not want to go with the mothers to apply for the document.

Some men only re-appear when the child is successful or getting married. They would start boasting: “I gave birth to a doctor, engineer, teacher, nurse, businessman etc”. The reason why most of these men are not supporting their children is not because they cannot afford to. There are fathers who do not have money, but money is not an excuse to reject and neglect your child either. Even the poorest of fathers in the world have something to offer to their child or children: love, attention, guidance, advice and motivation.

Men who read this and have a child you have been neglecting, it is time to rectify that error. Look for that child, ask for forgiveness and start supporting him or her. Late is better than never. Show your child that you care!

To the women out there, if your child’s father finally makes himself available to support his child, forgive him and allow him to do so. I understand the hell he made you go through raising the child alone, but let him make up for his mistake. Do not deprive your child of fatherly love and care due to him, regardless of your relationship with the father.

To all the responsible fathers out there, I salute you and say happy belated International Men's Day and happy Universal Children's Day to our children.

Let us keep fulfilling our responsibilities. It is the correct and best thing to do.