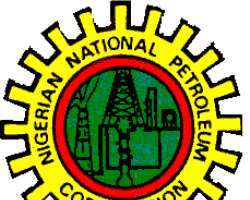 The Nigerian National Petroleum Corporation (NNPC) has sacked over 80 manager-level employees. The corporation started issuing letters to the affected workers on Friday.

At the Kaduna Refining & Petrochemical Company (KRPC), over 20 workers were affected. Spokesman for the corporation Mr. Ndu Ughamadu told newsmen that the affected personnel were asked to quit because they failed promotion exams conducted for them recently.

“There was a promotion exercise and those who didn’t do well, I don’t have the figure now, were asked to exit,” Ughamadu said.

He said all entitlements due to the affected workers will be paid to them. Another source with knowledge of the matter said it would not be good for the affected staff to remain in the system because they would hinder the progress of others.

“Those who failed can’t be promoted because if they are, other low and middle level employees would not rise. We want progression and not stagnation,” the source said.

But another experienced official in the corporation said the rationale behind the exercise may be financial rather than administrative.

Between 2015 and 2017, the corporation recorded N267 billion losses with personnel salaries, pension and gratuity of staff including those in its subsidiaries taking the largest chunk of its expenses.