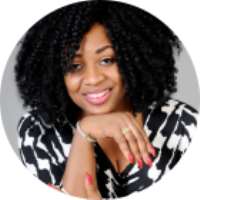 In a suite application at the Federal High Court Abuja made available to our reporter on Monday, the plaintiff -Irene Ottih who is an indigene of Awa Community, Oguta LGA, a publisher of a popular magazine in Abuja and an entrepreneur dragged the Peoples Democratic Party, Independent Electoral Commission and Rt. Hon. Emeka Ihedioha as respondents respectively to Federal High Court Abuja.

In an interview with The Nigerian Voice in Abuja on Monday, Irene Ottih stated that she was illegally excluded from participating in the last Peoples Democratic Party, (PDP) primary election in Imo State held on 1st October, 2018, where the party declared Ihedioha the winner.

She hinted that she equally purchased and obtained PDP expression of interest and nomination forms which she filled and submitted back to the party to participate in the screening and primary election just like other aspirants. She said she met all relevant requirements and qualification to contest for the election.

She opined that she also came for the screening before the PDP screening Committee for Imo State led by Arch. Mike Onoleheme, the former Minister of works. She added, to her chagrin when she appeared before the committee chairman and his members with her necessary documents for the screening, as she just greeted and exchange pleasantries with the committee chairman Mike Onoleheme who commended her courage as the only Imo State female aspirant in PDP contesting for 2019 Governorship election.

The following day, she came back to the same screening venue but the chairman and other members were not there to continue the screening process, she added that while other aspirants were given the list of delegates that will vote during the election, non was given to her. She was denied that same opportunity given to other contestants thereby creating an unfair atmosphere for the contest.

She further stated that her name was missing on the list of candidates that participated in Imo State PDP Gubernatorial primary election held on 1st October, 2018.

Irene Ottih state that she was frustrated by the action of the Peoples Democratic Party for excluding her name in the primary election which she described as injustice that cannot be tolerated in a democratic system. She said she have no option than to take the matter to court of law to seek redress to this injustice.

She argued that if it is by qualification, she had a good university degree and qualified as a chemist, she said in 2015 she participated in the House of Representatives PDP primary election to represent her area and was screened and cleared during that election by the same party PDP. She wondered why this time in 2018 the PDP screening committee screened her half way and disengaged the screening. She believes that it was a tactics adopted to deny her the opportunity to participate in the election. That singular action had deprived her and her numerous supporters their rights to vote and to be voted for.

As a citizen of Federal Republic of Nigeria Ms Irene Ottih urged her numerous supporters not to lose hope in the system because she believed the court of law shall provide justice against her unfair treatment, she reminded her supporters that she was a major player that advocated for not too young to run bill, that she don’t even know that she could be a victim of political manipulation and exclusion in a party, state and country she called her own. She said the primary election that produced Hon. Emeka Ihedioha should be cancelled and declared null and void since the PDP don’t want ensure equal political participation based on rules and regulation guiding the internal democracy.

When asked by our correspondent if she could have defeated political heavy weights like chief Emeka Ihedioha and others in a free and fair election contest, she replied that she had numerous supporters across the state who also believed in her capacity and capability as an entrepreneur and a publisher. She went further to state that many youths and women in Imo State were calling for a new political order that will truly accommodate the masses and no longer the elites. she avered that she was not being sponsored by anyone against any candidate hence, nobody should deprived her the right of political participation in a democratic system.